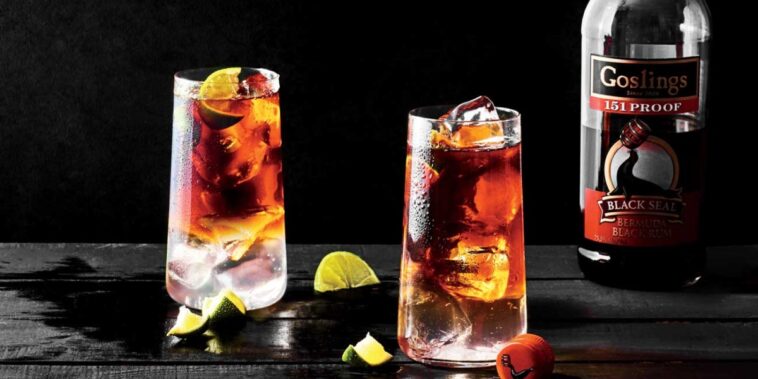 The Bermuda-based Goslings Rum says it filed patents with the USPTO for its signature “Dark ‘n Stormy” highball. The company hopes that before next year’s “Dark ‘n Stormy Day” (June 9th) it will be able to celebrate with fans in the metaverse.

Unlike most mixed drinks, the gingery “Dark ‘n Stormy” is legally associated with Goslings Rum. Although bartenders could make this drink with any dark rum and ginger beer, Goslings holds an official patent for this classic cocktail.

To promote its signature drink online, Goslings execs say they are working on many potential Web3 strategies. While company leaders didn’t mention any specific plans, it appears that everything is on the table.

However, Gosling Jr. says he “can’t confirm” anything about his company’s plans just yet. While Gosling Jr. is excited to use the metaverse to connect with fans, the company is still developing its Web3 strategy.

The “Dark ‘n Stormy” may be the first patented cocktail to enter Web3, but plenty of other liquor companies are already involved in the metaverse. Indeed, a few competing rum manufacturers have expressed interest in connecting with fans in the digital world.

For instance, the iconic rum brand Bacardi teamed up with the music producer Boi-1da in 2021 to drop a unique set of NFTs. Released as a part of Bacardi’s “Music Liberates Music” program, these audio NFTs aimed to highlight diversity and gender inclusion in the music industry.

Besides rum, many whiskey brands are jumping on the Web3 bandwagon. For instance, the Canadian brand Crown Royal filed NFT patents with the USPTO on May 10th. Crown Royal hasn’t announced any specifics regarding its Web3 plans, but it appears interested in digital collectibles, metaverse experiences, and even video games.

With each passing month, more liquor brands are finding innovative ways to bring their products into the metaverse.