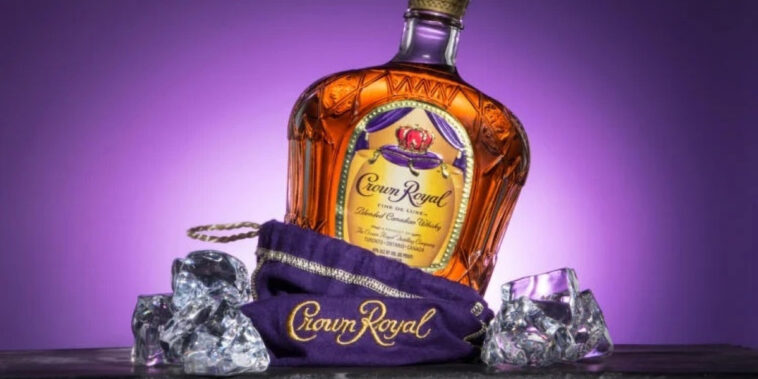 First off, Crown Royal wants to trademark its name in virtual items within the metaverse. The company went on to list various forms of media it may use as NFTs:

These documents also highlight Crown Royal’s interest in offering virtual whiskey in the metaverse. Crown Royal mentioned various metaverse-related technologies like augmented reality and virtual reality, which may be used when gamers interact with the brand’s beverage NFTs.

In later sections of these trademark applications, Crown Royal expressed interest in creating “retail store” and “entertainment” opportunities in the metaverse. People who visit these virtual shops or entertainment venues might get Crown Royal wearable swag for their in-game avatars.

There aren’t any specifics on what entertainment events Crown Royal wants to host in the metaverse, but it hints that “performances” and “art exhibitions” are on its itinerary.

Many high-profile spirits, wine, and beer brands have been early adopters of the metaverse and NFTs. Indeed, in the past few weeks, Rarity Sniper has reported on multiple well-known beverage companies that have a presence in Web3.

Nowadays, a few NFT markets solely focus on trading tokens representing high-end spirits. The NFT platform BlockBar has partnerships with Hennessy and Glenfiddich, and the site MetaCask sold an NFT representing a 1991 Macallan whiskey for $2.3 million.

Not only is there a wine company named after the Bored Ape Yacht Club, the Mexican-based Siempre Tequila now uses Bored Ape #5132 as its brand ambassador. The company Monkey Shoulder also allowed a few Bored Ape members to use their NFTs on virtual bottles of Scotch whiskey.

Considering all of the alcohol brands already in Web3, Crown Royal may be playing catch up.