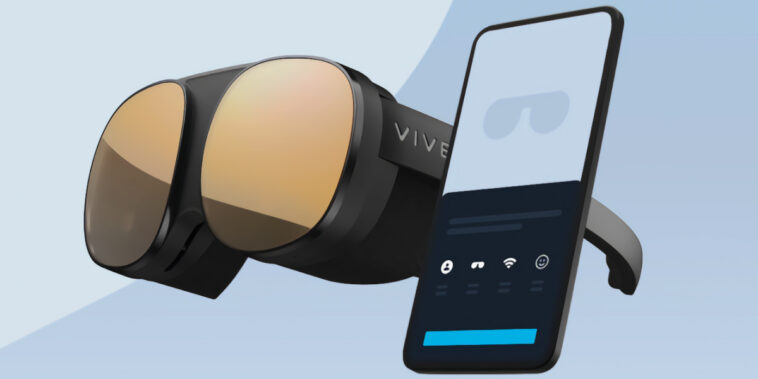 The electronics company HTC says it will release a new cell phone with metaverse applications in April. Unlike HTC’s more affordable phone offerings, this “metaverse smartphone” will likely be a higher-priced standalone model.

While HTC didn’t reveal specific details on what this cell phone will do, most tech reporters believe it will have virtual reality (VR) or augmented reality (AR) integrations. HTC is well-known for its Vive VR headset, and the company has been heavily marketing its “Viveverse” metaverse.

In fact, HTC Vive recently launched an ad called “A Day in the Metaverse.” In this video, a woman uses HTC’s latest Vive technologies to attend work meetings, purchase NFTs at an art gallery, and pay for a fancy French wine with Bitcoin.

It’s also unknown whether HTC will offer its “metaverse phone” outside of Taiwan. Most of HTC’s current phones are only available to residents in the company’s home country.

Interestingly, this isn’t the first time HTC has experimented with putting blockchain tech into its smartphones. In 2018, HTC made headlines for releasing its Exodus 1 phone with a built-in “Zion” crypto wallet.

Although HTC is the first to announce a “metaverse smartphone,” other tech companies have expressed interest in this technology. Most notably, Samsung and Google tried to integrate VR into their respective mobile phones. Google tried to fuse Daydream VR with its cell phones, while Samsung attempted to connect its phones with Gear VR.

However, in the past few years, Google and Samsung announced they’re no longer pursuing these VR projects. Some critics claim if tech giants like Google couldn’t make a metaverse phone, it’s unlikely HTC’s new model will be revolutionary.

Even though Google and Samsung aren’t investing as heavily in VR smartphones, that doesn’t mean they’re not interested in the metaverse. Samsung recently bought property to build a virtual store in Decentraland. Also, Google continues to pour money into AR devices, especially its Google Glass.

Along with Google and Samsung, Apple’s CEO Tim Cook said his company is investing in metaverse technologies. While Apple has yet to reveal plans for a metaverse smartphone, Tim Cook highlighted the 14,000-plus AR apps in the App Store.

While it’s unclear who will gain the most from the metaverse, most analysts believe the total metaverse market cap will grow. As Rarity Sniper recently reported, ReportLinker believes the metaverse industry will reach $758 billion by 2026. Many industry experts also expect VR/AR headset shipments will hit 14.9 million in 2022.