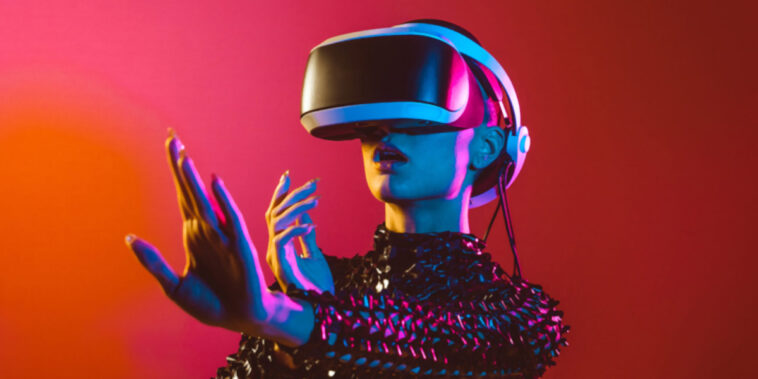 ReportLinker claims the global metaverse market could be worth $758.6 billion by 2026. If these findings are accurate, it would represent a compound annual growth rate (CAGR) of 37.1% from 2020.

The AI market analysis firm noted a few significant trends to back up its prediction. First, ReportLinker suggested the ongoing global pandemic has challenged preconceived notions about “socialization.” The company said COVID-19 restrictions may have provided the “impetus” to use technologies to create new social spaces for work and entertainment.

Analysts also noted Big Tech’s shift in focus towards metaverse projects. In addition to Facebook’s rebranding as “Meta,” ReportLinker notes that Microsoft, Apple, and Google have expressed interest in metaverse research and development.

The CEOs at these Big Tech companies have openly expressed interest in the metaverse. Plus, Microsoft recently purchased Activision/Blizzard partially to expand its metaverse ventures.

At the end of its study, ReportLinker suggested China could become the world’s metaverse powerhouse. Researchers suggest China’s metaverse market will be worth $103.1 billion by 2026. This would represent a CAGR of 38.1%.

ReportLinker’s estimates are similar to a recent Bloomberg report on the metaverse industry. However, Bloomberg’s senior analysts are even more aggressive in their price targets. According to Bloomberg’s model, companies involved in the metaverse could rake in $800 billion as soon as 2024.

Bloomberg authors argue the bulk of this metaverse-related revenue will come from gaming at roughly $400 billion. However, analysts believe live virtual events and novel social media platforms will contribute to the metaverse’s total market cap.

Recent reports from TrendForce support Bloomberg’s thesis on the dominance of metaverse gaming. According to TrendForce’s findings, total VR and AR headset shipments will reach 14.2 million in 2022. That’s an over 30% increase from 2021.

Beyond Bloomberg, many traditional financial institutions see the metaverse as one of the most lucrative emerging industries. As Rarity Sniper recently reported, J.P. Morgan expects metaverse companies to bring in $1 trillion of revenue each year. Interestingly, America’s largest bank put its money where its mouth is after buying a virtual office in Decentraland.

Even the New York Stock Exchange is getting in on the red-hot metaverse and NFT markets. According to official filings, the NYSE bought trademarks for an NFT marketplace in February of 2022.