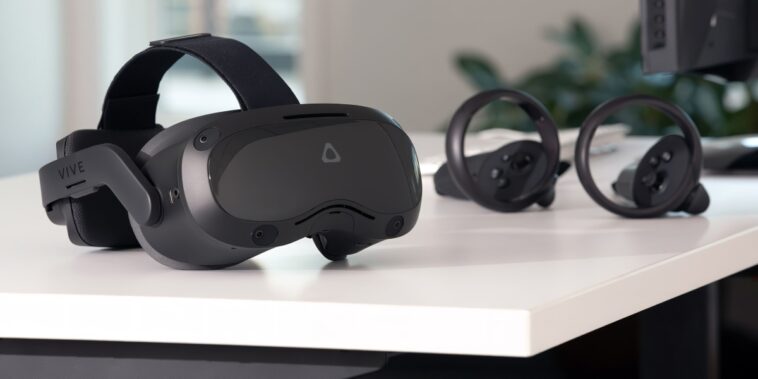 The HTC Vive XR Elite is a mixed reality headset that is being billed as a “gateway” to the metaverse. It has a current price of $1,099 and is expected to compete with the Meta Quest Pro headset. Here’s what we know so far about the new metaverse product:

HTC also announced that it had partnered with layer-1 blockchain Lamina1, which was co-founded by Neal Stephenson, best known as the author of “Snow Crash” — a futuristic sci-fi novel often cited as the first place the term “metaverse” appeared. The collaboration will let HTC enable more efficient interoperable metaverse features so that users can bring their NFTs, virtual wearables, and avatars in and out of different metaverses.

HTC has been anything but shy about its ambitions in Web3 and the metaverse. In June, it launched the HTC Desire 22 Pro smartphone, billed as the first metaverse phone with a built in NFT wallet and Viverse integrations.

Metaverse Headsets and Wearables Are Evolving

We’ve written hundreds of articles about companies, celebrities, and even entire countries setting up shop in the metaverse in 2022. But one area where innovation seems to be lagging is with the tools needed to access those metaverses. Today, many people still access the metaverse from their smartphones or web browsers. However, that could start to change soon.

Here are two stories about tech companies working on or releasing metaverse headsets and wearables.

First, about seven months ago, a report from Bloomberg suggested that Apple is working on a metaverse headset. According to the news, board members at Apple had already begun testing the “mixed-reality” wireless headset, and Apple had applied for various patents related to wearable devices.

Next, Sony, the multinational company based in Japan, recently released a movement-trackable wearable that enables users to sync their movements with their avatars. The wearable device costs $360 and is aimed at creators involved in animation and movie production, as well as virtual YouTubers.

Though headsets and wearable devices are obviously in the works, and some (like the new devices from Sony and HTC) have been released, we still haven’t seen anything that completely changes the game. We’ll have to wait to see if HTC’s new headset is the “gateway to the metaverse” that it claims to be. If so, it will be a big win for Web3 and metaverse fans.