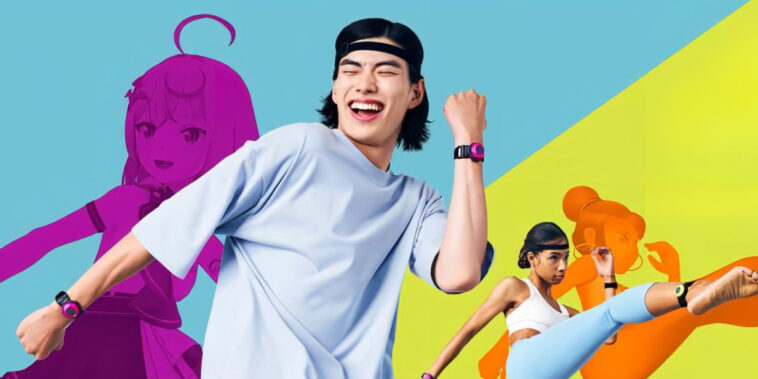 Sony, a multinational conglomerate headquartered in Japan, has made its latest metaverse bet: A $360 movement-tracking wearable that allows users to sync their movements with avatars. According to a translated press release, Sony is targeting the wearable at virtual YouTubers and creators involved in movie or animation production.

The wearable, called “Mocopi,” features six different 1.2-inch sensors: two for the wrists, two for the ankles, one for the head, and one for the hip. The sensors are lightweight, even more so than Apple’s tracking device according to some reports. They are also differently colored for easy organization.

To use the wearable, customers will need to attach the sensors using Velcro straps. The “Mocopi” device is completely wireless, and Sony’s data algorithm can sink up to apps on smartphones for easy content creation. Sony has said that it believes people will not access metaverses solely with VR headsets, and the release of this wearable doubles down on this hunch.

Sony plans to release the wearable starting in mid-December for pre-order sales. Interested buyers can purchase a set on the Sony direct-to-consumer sales platform. As of now, there are no stated plans for a North American release. On December 15th, the company plans to release an SDK kit that will pair the data from the wearable to metaverse services and 3D development software.

Yasushi Funakoshi, CEO of HIKKY Co., which is hosting an exhibition for the Mocopi wearable, said that his company is “confident” that this product will create many opportunities for a “creative revolution.” Funakoshi added that he is happy Sony developed an “aggressive” product for this market, which many smaller companies struggle to do.

While many nations have invested in Web3 over the past year, the island-nation of Japan has made waves in the past few months. At Rarity Sniper, we’ve covered several stories this fall and winter involving Japan and Web3. Here are three.

First, in November 2022, MUFG, the largest bank in Japan, announced it was heading into the metaverse. The bank said that it plans to be offering financial services and products in the virtual space as soon as 2023. There’s no word yet which metaverse MUFG will select for its headquarters.

Next, two months ago, Japanese telecom giant NTT Docomo revealed that it had committed $412 million to a metaverse unit. The goal of that unit? To revolutionize how customers and businesses use mixed reality technology.

Lastly, on October 3rd, Japanese Prime Minister Fumio Kishida delivered a speech, saying that Japan would invest in a myriad of Web3 technologies. In that speech, he recounted how the government is already using NFT and other types of Web3 tech. He also teased the possibility of digital ID cards.

Sony’s new Mocopi wearable is big news for virtual creators, who may use the tech to create lifelike avatar videos. Here at Rarity Sniper, we’ll pay close attention for further developments in the story.