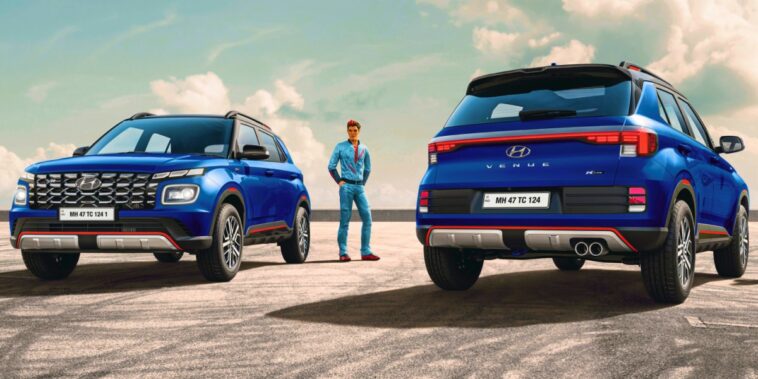 Hyundai Motors India has decided to take a unique approach to promote its latest vehicle, the Venue N: launching the line in the Roblox metaverse. Here is everything we know about the activation thus far:

The activation appears aimed at Roblox’s young, tech-savvy crowd, with the Roblox metaverse primarily serving youth aged 10 and over. But it may also appeal to some young adults who are looking to purchase a new vehicle and view the technology as a way to “test” the car.

Tarun Garg, a director at Hyundai Motors India, said that the company “is confident” that the activation will form long-lasting relationships with this tech-savvy generation and that Hyundai Motors is excited to see what adventures unfold from the immersive experience. He added that this is an “immersive and unique” car product launch.

This is not Hyundai’s first venture into Web3. The company recently filed trademarks in the space for non-fungible tokens and virtual reality, has launched NFT MetaKong NFT collections, and created NFT sets surrounding its “metamobility” concept. There’s no word yet on how long the activation for the Venue N will last or how popular it will be amongst Roblox players.

While the broader cryptocurrency and non-fungible token markets have fallen dramatically in value since April, metaverses show no sign of slowing. Roblox, one of the top, has forged partnerships with several organizations in the past few months, hosting activations for its users. Here are three stories involving Roblox and Web3.

Two weeks ago, Gucci revealed that it was debuting a Miley Cyrus activation in the Gucci Town portion of Roblox. Miley Cyrus, the face of a new Gucci fragrance, led Roblox players in a series of quests. Users were also able to pose for pictures with the Cyrus avatar.

Three weeks ago, PUMA & Manchester City partnered to launch a “third jersey” kit on the Roblox metaverse. While the companies offered the kit for sale, they also held contests whereby users could win a kit for free.

One month ago, Tommy Hilfiger teamed up with Roblox for a New York Fashion Week activation. The event, which will run in September, will involve streaming the Tommy Hilfiger runway show in New York in the metaverse.

Hyundai’s latest metaverse foray is certainly interesting for fans of the van, and Roblox users will have yet another event from a major company to check out. It also shows interest is not slowing for metaverse partnerships, even during a bear market.