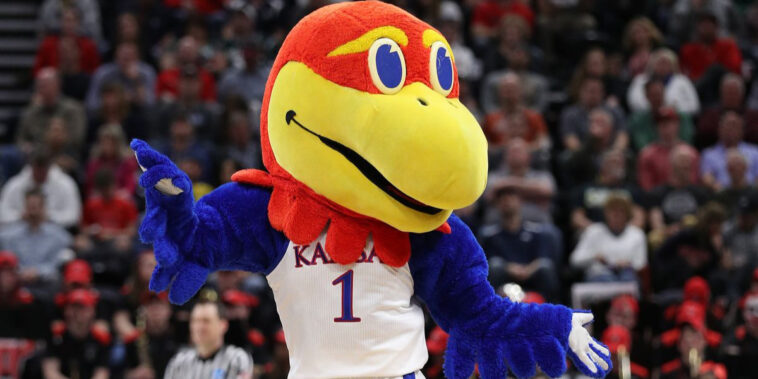 The University of Kansas men’s basketball team is partnering with the non-fungible token (NFT) platform Mercury to offer fans exclusive digital collectibles of their favorite players and coaches.

The basketball powerhouse sees it as an opportunity to move the sports collectibles and memorabilia market to Web 3.0, allowing fans to purchase, sell and trade NFTs of their favorite Kansas players and coaches.

Some of the digital assets that will be available beginning Feb. 19 on RockChalk.io will include NFTs of the coach Bill Self, as well as star players like Ochai Agbaji, Remi Martin, and David McCormack.

The NFT Craze in Hoops

NFTs — verifiable digital assets that can represent physical or digital objects and are stored on blockchains — have exploded in popularity over the past few years and in 2021 the market topped $25 billion.

As the nascent industry grows, major sports leagues and teams are getting involved, including the National Football League, which will even be offering NFTs at next week’s Super Bowl.

But perhaps no sport has been as ahead-of-the-curve when it comes to NFTs as basketball.

In 2020, the National Basketball Association (NBA) collaborated with Dapper Labs to create their own NFT marketplace called Top Shot where they release highlight-reel style NFTs that vary in rarity. The Brooklyn Nets have gone so far as to offer metaverse viewing options for their fans, and one of the greatest players of all time, Lebron James, recently partnered with Crypto.com to teach kids about blockchain technology.

Unsurprisingly, Kansas is not the only NCAA basketball team to enter the NFT market. Kentucky also signed a deal earlier in the year with Mercury, and we expect more elite teams to get involved in the future.

Mercury has called Kansas and their rival Kentucky “forever brands,” owing to their huge fan base and rich basketball traditions. The company believes partnering with such institutions can give the NFTs exposure and value for a long time to come.

Another thing that makes NFTs of college athletes special is their rarity. Because star collegiate athletes usually only spend a short time at school before moving on to bigger and better things, the NFTs of Kansas’ basketball players will be scarce—which could increase their value over time.

The partnership will also allow players to earn money on their Name, Image, and Likeness (NIL) through KU’s connection with G3 Marketing. This could be huge for star college athletes, who historically have brought in millions of dollars in revenue for the schools they attend but have not had a chance to earn income off their NIL while in college until recently.

Since March Madness, the biggest college basketball tournament of the year, is just around the corner and the Kansas men’s basketball is currently ranked 8th in the country, fans are hopeful the team will make the Final Four or compete for the National Championship game.

If that turns out to be the case, the lucky fans who own Kansas basketball NFTs could see their digital collectibles soar in value. We’ll be watching closely to see what happens.