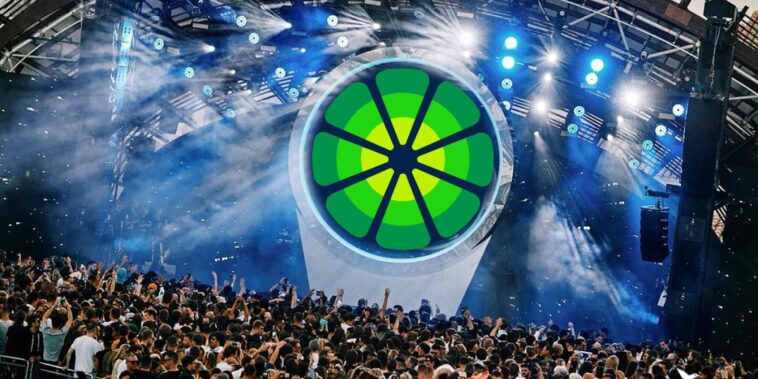 Two months ago, we wrote about how LimeWire, once a peer-to-peer file sharing platform, is rebranding itself as a Web3 music business. Now its comeback is in full effect with the announcement of a collaboration with two of the biggest clubs in Ibiza — one of which is the No. 1 club in the world.

News that LimeWire Originals token holders will receive free entry to Ushuaïa and Hï Ibiza for the entirety of the 2022 season recently broke, which literally means “music to the ears” for some lucky holders who invested in the genesis NFT collection from LimeWire.

Ibiza is the capital of the Spanish island of the same name located in the Mediterranean Sea and known for its active nightlife and top-notch European clubs. The island’s white sand beaches attract visitors from around the world.

On July 31, 2022, LimeWire will be hosting a launch party in Ushuaïa, and holders of the LimeWire Originals token will have access to an open bar and a LimeWire VIP area. At the IRL event, EDM fans will be blessed by some of the biggest names in the game, including Ozuna, DJ Snake, Dimitri Vegas, and David Guetta.

LimeWire is also partnering with Hï Ibiza, which was recently declared the “No. 1 club in the world.”

In May, we announced that LimeWire was relaunching as an NFT marketplace and had partnered with Universal Music Group (UMG) to enable artists to launch music-based NFTs on its new marketplace. Artists signed with UMG can use LimeWire to make NFTs of audio recording, backstage footage and artwork, and audiovisual content like music videos.

And LimeWire’s new marketplace doesn’t just offer digital assets. Users can purchase real-world items as well. For example, fans of Brandy can purchase a flower bouquet that comes with Spoken Word, and fans of the Barker can buy a real-life drum set.

Lastly, about a month ago, LimeWire dropped its first NFT collection LimeWire Originals, featuring 10,000 avatar collectibles on the Ethereum blockchain with the promise of future IRL utilities. LimeWire’s co-CEOs said the NFTs were intended to “form the backbone” of the company’s new Web3 ecosystem and “massively reward holders.”

The Ibiza partnership and the IRL utility that comes with holding a LimeWire Originals NFT suggest the company intends to deliver on its promise in a big way. For holders of LimeWire Originals, it sounds like a reason to celebrate.