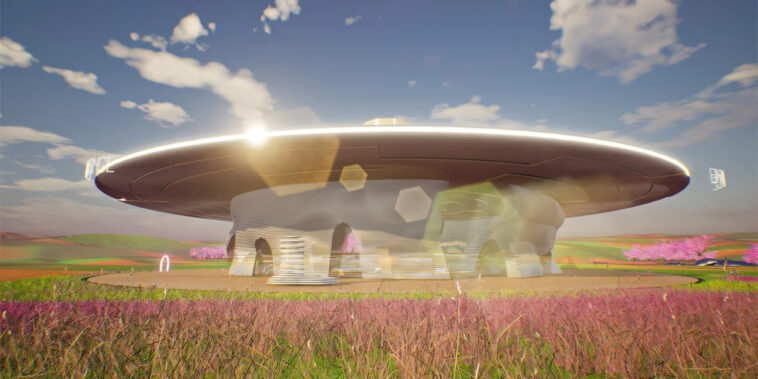 In its first venture capital investment in the Web3 space, cosmetics giant L’Oréal participated in a $4 million funding round for Digital Village, a metaverse-as-a-service provider and builder of NFT marketplaces. The move furthers L’Oréal’s reach in the Web3 space, after numerous partnerships in 2022.

Camille Kroely, Chief Metaverse and Web3 Officer at L’Oréal, said in a statement that the company is looking to work with promising startups in the Web3 space that hold to high technical standards. She added that Digital Village shares many of the same values as L’Oréal, including sustainability, accessibility, and interoperability.

Digital Village bills itself as a metaverse creator and builder of persistent 3D worlds. To date, it has created a virtual museum experience, a Rubik’s Cube-based digital world, and a metaverse for WWD, a fashion publication. The company writes on its website that its vision is to build a new internet full of 3D experiences that allow for the creation of digital identities.

Evelyn Mora, founder and CEO of Digital Village, said the company will create experiences for L’Oréal’s brands and that, together, they are setting the standard for beauty in the metaverse and Web3. She added that the two companies will push the boundaries for what is possible in Web3 and set the standard for the beauty industry.

In addition to L’Oréal, three other companies participated in the funding round: Silicon Valley-based The VR Fund, private investment firm Venrex, and organizers of London Fashion Week the British Fashion Council. The funding round comes after Digital Village raised $2 million in a pre-seed round.

While L’Oréal’s investment in Digital Village is big news, it isn’t the only move the cosmetics company has made in Web3. In 2022, we wrote a few articles about L’Oréal partnering to advance its Web3 interests. Here are three.

First, two months ago, L’Oréal teamed up with avatar company Ready Player Me to create beauty non-fungible tokens. As part of the partnership, the company released five “on-trend” hair looks along with five make-up looks that users could try on their avatars.

Next, three months ago, L’Oréal and Meta teamed up to launch a metaverse startup accelerator in Paris, France. As part of the accelerator, the five companies chosen will receive expert advice on topics like augmented reality, mixed reality, and user portability.

L’Oréal’s venture capitalist investment into Digital Village will further the company’s Web3 ambitions and likely lead to more L’Oréal metaverse activations. Here at Rarity Sniper, we’ll keep our ears to the ground for further developments in the story.