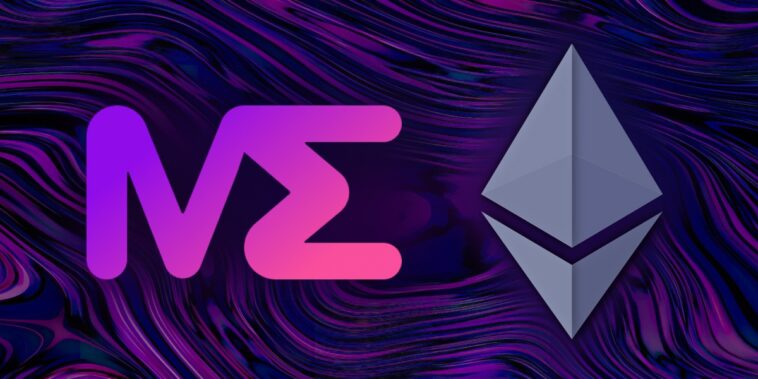 The popular Solana-based marketplace Magic Eden recently reported it will begin its multi-chain expansion by adding Ethereum to its platform in the coming weeks.

Magic Eden is the most popular non-fungible token (NFT) marketplace for the Solana network. Founded less than a year ago, its latest Venture Capital funding round saw the startup reach Unicorn status with a $1.6 billion valuation.

In the past, the company had hinted that it was exploring multi-chain expansion. Now we know that Ethereum — the network that hosts the vast majority of NFT collections and has the largest market cap for NFT trading by volume — will be the first blockchain added.

Unlike Solana, Magic Eden plans to aggregate Ethereum NFT listings from other marketplaces with no “proprietary listings.”

The rollout of Ethereum NFT support is expected to occur on the platform throughout the month of August. Ethereum NFTs will be integrated onto the platform in three initial spaces— the launchpad where users can mint new projects, its new “allowlist” tool, and its NFT drop calendar.

While Ethereum and its various layer-2 networks remain dominant in the NFT market and host some of the most famous NFT projects of all time, including CryptoPunks, Bored Ape Yacht Club, and World of Women, Solana is rising in the ranks as an alternative blockchain for digital assets.

Boasting lightning-fast transaction speeds and fees that are pennies on the dollar, Solana has dropped notable NFT projects like DeGods, Okay Bears, and Solana Monkey Business, and Magic Eden currently commands more than 90 percent of Solana trading. And even in this bear crypto market, Solana has been busy making moves in Web3.

Here are a few of the headlines from Solana that we’ve reported on this year:

Although the price of SOL, Solana’s native cryptocurrency, has dropped significantly since its all-time highs, that hasn’t stopped the Solana team from staying busy in the Web3 space. The integration of Ethereum NFTs onto Solana’s most popular marketplace could bring Ethereum NFT purists into Solana spaces — a move that not only benefits Magic Eden but Solana and its fans as well.