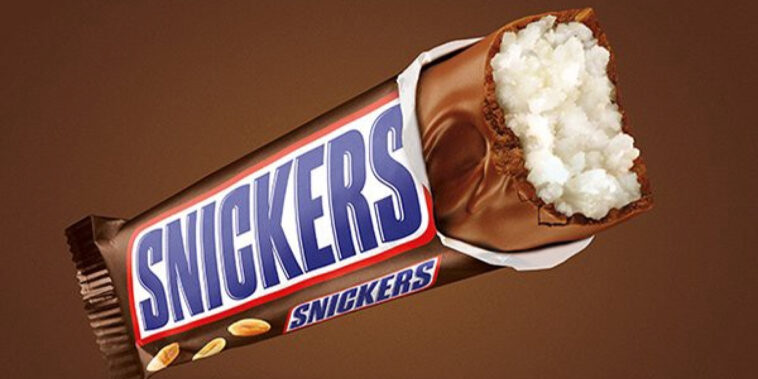 Mars explicitly says it wants to use its stylized “SNICKERS” logo in “NFTs” and “virtual drinks and snacks.” Mars may sell these NFTs in digital markets, as it mentions “online retail store services” and “metaverse platforms” in its trademark requests.

It doesn’t seem like Mars is only interested in creating digital versions of its “Snickers” candy bars. These documents reveal Mars is working on “entertainment services” related to its popular milk chocolate product. The Virginia-based company also mentioned using “visual art” and “video recordings” in NFTs.

As for metaverse applications, Mars included the phrase “virtual reality content” in one section of its patents. The company may also be working on playable “avatars” related to its “Snickers” brand.

Although Mars’ patents only focus on “Snickers,” they often mention NFT licensing for other snack categories like “gum” and “frozen confectionery.” This suggests Mars may be considering bringing other brands like Doublemint or Big Red into the metaverse.

Mars, Inc. has yet to release an official statement regarding the newly released “Snickers” NFT patents.

Snack manufacturers may not be as aggressive as other industries in Web3, but more companies are starting to experiment with NFTs and the metaverse.

For instance, Mondelez’s Cadbury ran an immersive metaverse ad campaign in India this Valentine’s Day. In partnership with the YUG metaverse, Cadbury used AR and VR technology to bring couples “to the moon” for a virtual dating experience.

UTZ Brands is another snack manufacturer with its eyes set on Web3. In March of 2022, UTZ sent NFT-related patent filings to the USPTO that are similar to Mars’ “Snickers” filings.

Whether they’re salty or sweet, snacks are steadily making their way into Web3.