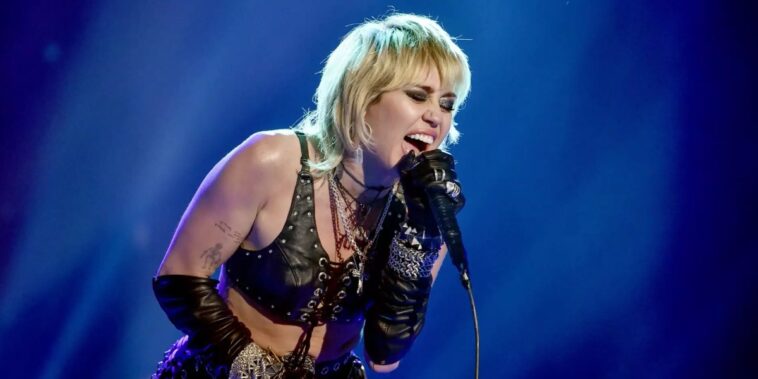 Through her organization Miley Smiley, American singer Miley Cyrus has filed two trademark applications for the “Miley” and “Miley Cyrus” names. The trademarks cover a wide variety of Web3 products and services in the spheres of the metaverse and non-fungible tokens. Some examples of what the trademarks will cover are:

The trademark applications set Cyrus up for delivering a mix of products and services, along with possible live performances as from other music artists like Ariana Grande, Travis Scott, Charli XCX, and the Foo Fighters. There’s no word yet on the specifics of the products she will offer, though the trademarks cover a wide net from cosmetics to clothing.

Mike Kondoudis, a metaverse and NFT trademark attorney based in Washington D.C., initially broke the news about the Miley Cyrus trademarks in a Tweet.

This is not Miley Cyrus’s first foray into the metaverse, although it is her first independent venture. Gucci recently tabbed her to be the first “celebrity guest” of Gucci Town in the metaverse Roblox. There, she was scheduled to lead gamers in a series of quests to learn more about a particular Gucci fragrance. According to the news at that time, Roblox players could take selfies with a Cyrus avatar as well.

Filing for Web3 Trademarks the First Metaverse Step for Many

While some organizations are choosing to dive headfirst into the waters of Web3, others are choosing a more measured approach and filing trademark applications. Here are three topics of entities doing just that to build their Web3 presence.

About a month ago, Hyundai filed trademark applications that cover non-fungible tokens and certain aspects of virtual reality. The trademarks sought to build on Hyundai’s previous ventures into the space, including a “Shooting Star” NFT set launched in May 2022.

Two months ago, e-commerce giant eBay filed trademarks relating to virtual goods marketplaces, online retail stores with physical and virtual products, and non-fungible tokens. Like Hyundai, eBay seemed to be building on its Web3 presence, as it had already allowed the trading of NFTs on its platform.

Also two months ago, rapper Snoop Dogg filed Web3 trademarks for the names “Uncle Snoop” and “Uncle Snoop’s.” Speculation at the time was that Snoop Dogg would use the trademarked names to launch a cannabis-themed store in the metaverse.

Miley Cyrus’s filed trademark applications are big news for her fans, as they signal her intent to expand her presence in Web3. They may offer the opportunity to connect with her in an entirely new way, as many companies and individuals filing these applications have shown before.