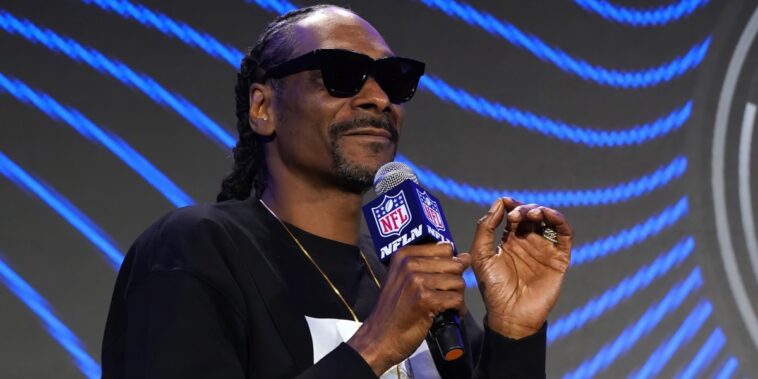 Soon, thanks to Snoop Dogg, you might be able to smoke in the metaverse. The California-based rapper filed trademark applications on June 14th for the words “Uncle Snoop” and “Uncle Snoop’s.” Word is that Snoop Dogg may try to open up a shop in the metaverse to sell a variety of goods, including:

The trademark filings also indicate that Snoop Dogg may intend to sell those items as non-fungible tokens. And while, as trademark attorney Mike Kondoudis points out, you can’t get “high” in the metaverse, people still may buy the items, similar to the skins in the popular video game Fortnite.

The language in the trademark applications that point to the opening of a store is “online retail store” and “marketplace services for virtual goods.” NFT marketplaces are in play as well. Snoop’s store could initially sell the virtual cannabis as NFTs, which users could then resell on secondary marketplaces like OpenSea or LooksRare.

Kondoudis, in an interview with Billboard, noted that it wouldn’t surprise him if Snoop Dogg were already firmly in the process of creating such a store because it is a significant investment of time and money to file trademark applications.

Those looking for more information are going to have to wait, however. Even the rapper has not publicly commented on the trademarks, and it generally takes 12 to 18 months before the United States Patent & Trademark Office approves them.

Few musicians have been as active in Web3 as Snoop Dogg. The American rapper has done everything from release NFT collections to collect NFTs, and he has even taken over an old record label, vowing to turn it into a Web3 powerhouse. Here are three of his achievements.

First, he released an NFT collection titled “Doggies” in partnership with the metaverse The Sandbox. The team behind the collection designed the avatars to be in Snoop’s likeness, which may add to the cool factor of The Sandbox character models.

Second, he is a well-known NFT collector. Counted among his collection are a Bored Ape Yacht Club NFT and a CryptoPunk. He is also the person behind the infamous NFT collector Twitter account Cozomo de’ Medici.

Third and finally, Snoop Dogg took over Death Row Records and has vowed to turn it into an NFT music label. From the newly found focus of the label, the rapper released Born on Death Row, an album with Web3 ties.

Snoop Dogg’s trademark applications are undoubtedly interesting, though time will tell what projects grow from them. For now, however, it is certain the rapper is entrenched in Web3, NFTs, and the metaverse.