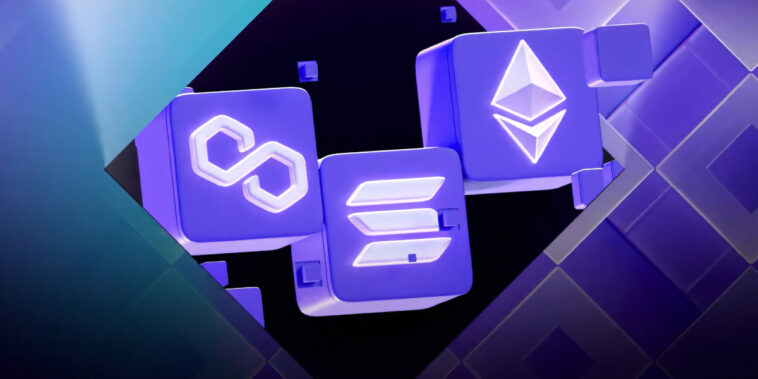 Solana-friendly Web3 wallet Phantom is adding support for two new blockchains: Ethereum and Polygon. With the new integrations, Phantom users will be able to buy, sell, and hold crypto and NFTs from the three ecosystems.

The new Ethereum and Polygon integrations are already live in beta mode on Phantom’s browser extension as well as its iOS and Androids apps. And the company is planning a public launch in early 2023, according to its CEO Brandon Millman.

Although Phantom started solely with Solana, the move to add Ethereum and Polygon support isn’t all that unexpected. The company’s three co-founders — Millman, Francesco Agosti, and Chris Kalani — previously worked at 0x, where they developed apps and infrastructure for Ethereum consumers and developers. And they always envisioned integrating Ethereum and other blockchains into the Phantom wallet.

As part of the expansion, Phantom will work closely with Polygon to deliver a user-friendly wallet to its mainstream consumers. Polygon has partnerships with many major brands — such as Adidas, Disney, Meta, Reddit, Starbucks, and the National Football League (NFL) — so this collaboration has the potential to reach millions of people.

If Phantom delivers, it’ll likely also deliver on its mission to bring crypto (and NFTs) to the masses.

Moving to a Multi-Chain World

Phantom’s move to become a multi-chain wallet is part of a broader trend. Various wallets, marketplaces, and Web3 companies that started on a single blockchain have expanded to others. At Rarity Sniper, we’ve covered many of these moves.

In August, the leading Solana-based NFT marketplace Magic Eden added support for Ethereum NFTs. The integration was rolled out in three main spaces on the platform: the launchpad where users mint new projects, the “allowlist” tool, and the NFT drop calendar. Ethereum was the first-ever blockchain expansion from Magic Eden.

In a similar but inverse move, Ethereum-based NFT marketplace OpenSea began supporting Solana NFTs and Phantom wallets. Before the update officially rolled out, images leaked that showed OpenSea would allow its users to switch between and interact with multiple chains. The Solana integration officially rolled out in July 2022.

Although the inter-blockchain rivalries are strong, we’re starting to see that the future is multi-chain. And with companies such as Magic Eden, OpenSea, and, now, Phantom expanding support for various blockchains, that future is even clearer.