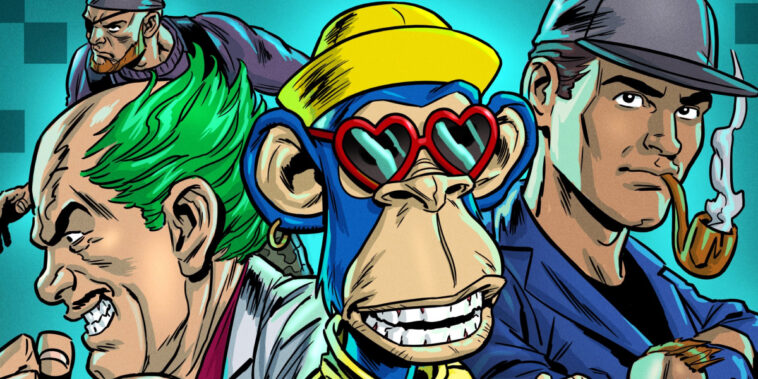 Pixel Vault began with a collection of sixteen CryptoPunks before releasing PUNKS Comic in May of 2021. The comic series features sixteen characters from the famed NFT collection drawn by Marvel and DC comic artist Chris Wahl. The NFT collection and MetaHero Universe, another comic book series, have been highly successful.

The funding comes from Adam Bain and Dick Costolo’s 01 Advisors and Velvet Sea Ventures. With it, Pixel Vaults looks poised to become the first multi-franchise NFT development platform as they continue to build Intellectual Property around NFT assets—merging comics, NFTs, superheroes, Defi, DAO, gaming, and the metaverse into a broader media ecosystem.

Here’s what co-founder and CEO GFunk had to say about the project:

“Pixel Vault projects are built with the key tenets of Web3 at the center – community empowerment, decentralized governance, and true digital ownership. We do not look at the fan as the customer – our fans are the owner and the builder.”

Pixel Vault pledges to invest in the growth of crypto communities and expand the use of NFTs in movies, TV, video games, comic books, and more. They will enable creators and collectors to participate in the ownership of digital content, as well as sell, buy and trade characters and vote on major developments and project decisions.

And this is not the only recent big news from the ambitious NFT startup.

In December, Pixel Vault collaborated with Bored Ape Yacht Club (BAYC), GMoney, Adidas, and PUNKS Comic to create a sportswear brand. It was dubbed “Into the Metaverse” NFT Collection and all 30,000 NFTs sold out in under an hour—generating $23 million in revenue.

They also have a deal with WME to develop Hollywood and brand partnerships and are co-releasing Collector’s Edition NFTs with BAYC for issue two of the comic.

Pixel Vault NFTs have generated nearly 100,000 in ETH (over $250,000 at time of writing) since their launch in May of 2021. We expect the substantial investment to be a big boost for a company that’s already proven it can do amazing things in the NFT and crypto space.