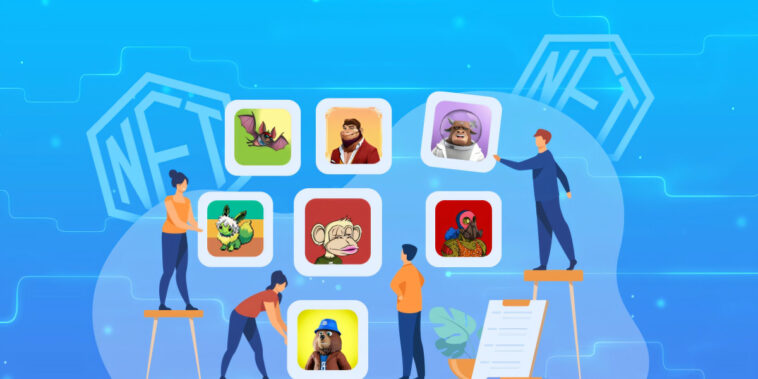 Rarible, one of the leading NFT marketplaces, has expanded its marketplace builder program to include Polygon non-fungible token community projects. With the expansion, projects on the Polygon blockchain will be able to create no-code marketplaces that serve the buying and selling of just the NFTs in their collections.

In a statement, Alexei Falin, co-founder and CEO of Rarible, said that community marketplaces will be the future of NFT trading. He added that Polygon was a natural choice for the expansion due to the tremendous traction the blockchain has received in recent months. Polygon has been the funnel for Web2 companies transitioning to Web3 and recently acquired the y00ts NFT collection from Solana.

Rarible, a marketplace known for hosting NFTs on different blockchains, now has made its NFT community marketplace builder available to projects on Ethereum and Polygon. Some of the biggest projects that have created marketplaces using Rarible’s tool are V1 Punks, Mfers, Rektguy, and Pixel Vault.

All of that makes the Rarible program appealing to NFT project showrunners and holders of those NFTs. Time will tell which Polygon NFT projects choose to start their own community marketplaces, but there’s no doubt that Rarible is continuing to innovate in the field and expand the services it offers to clients.

Polygon, a blockchain known for its lightning-fast speeds and low transaction costs, rose to prominence in 2022, becoming the blockchain of choice for Web2 companies looking to transition to Web3. It made news even further this past month when the popular NFT collection y00ts announced it was moving to the chain.

As such, we have covered quite a bit of news surrounding the blockchain, both in 2022 and 2023. Here is a sample of the headlines:

In addition, Polygon has scored major partnerships with top Web2 companies like Meta, becoming the infrastructure providers for NFTs on Instagram. It also partnered with Starbucks to launch its Odyssey NFT program, one of the biggest new pieces that came out of Web3 in 2022.

There’s no doubt that the Polygon blockchain has established itself as the go-to blockchain for many companies, and likely that momentum will continue in 2023. We’ll be watching closely to see if it does.