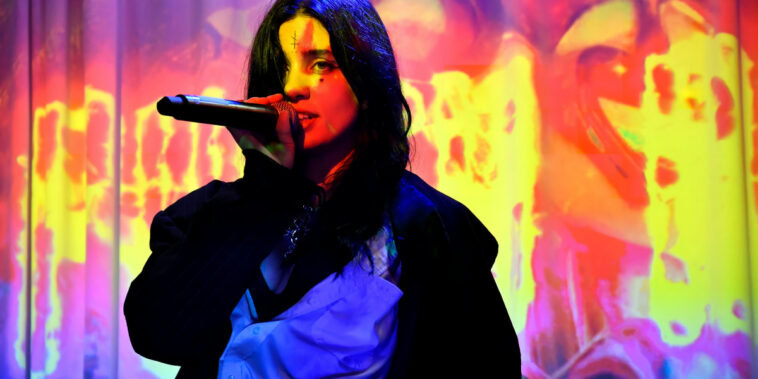 Rolling Stone Magazine and Pussy Riot co-founder Nadya Tolokonnikova are combining forces for a charitable NFT project called “Matriarchy Now.” The 11-part NFT collection will launch on January 11th at 3pm EST. The duo will auction off the lead NFT in the collection, with all proceeds going to UnicornDAO, which will distribute the funds to organizations fighting to protect female reproductive rights.

To come up with the art for the non-fungible tokens, Rolling Stone and Tolokonnikova partnered with German photographer Ellen von Unwerth. The 11 NFTs have several themes, with the names based on artwork from centuries past. The photographs were taken during a multi-day shoot in New York City and involved a magical fairytale of unicorns, fishnets, latex, and more, according to Tolokonnikova.

The description for the collection on the Coinbase marketplace, where the collection will drop, is of a world where women, men, and everyone else are equal. This is Rolling Stone and Tolokonnikova’s first collaboration. As the content of the NFT artwork suggests, the collection will be a reflection on art and sexuality. In addition, the team behind the collection plans to put the photographs in a physical exhibition at Canvas 3.0.

This is not Tolokonnikova’s first foray into Web3 for a charitable cause. At different turns, she has raised money to support Ukraine in its war against Russia and registered LegalAbortion.ETH when it became clear that the United States Supreme Court would roll back protections for abortion. To date, her UnicornDAO has raised millions to support the fight for female reproductive rights in the United States.

Although the NFT market has slumped in recent months, that hasn’t stopped many big names from dropping collections. In 2022 and into 2023, we have written many articles about athletes, car companies, and even ex-presidents dropping NFT sets. Here are three, all from December of 2022.

First, Rolls Royce launched its “The Six Elements” car series in partnership with British artist Sacha Jafri. The Six Elements features six 1/1 Rolls Royce cars, and each comes with an NFT that owners can sell on the open market.

Next, former basketball star Scottie Pippen debuted his NFT collection “SR33,” and the reception was immediate. The collection sold out in just 77 seconds, breaking a record that actor Anthony Hopkins had held.

Lastly, blockchain Polygon saw a surge of users after an unusual NFT collection dropped: one featuring ex-United States president Donald Trump. Along with a surge in users, Polygon saw a bump in trading volume as people bought and sold Trump NFTs.

The collaboration between Rolling Stone and Pussy Riot’s Tolokonnikova is big news, if for no other reason than it continues the trend of big names entering the space. Here at Rarity Sniper, we’ll keep our ears to the ground for further developments in the story.