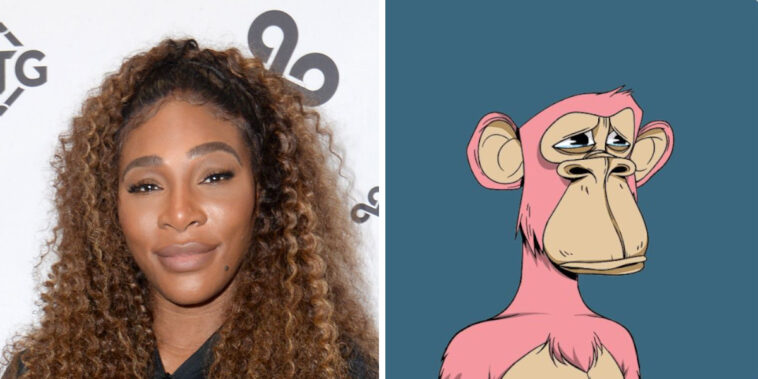 Serena Williams, one of the best tennis players of all time, has become the latest superstar to join the Bored Ape Yacht Club.

Reports say the Ape was gifted to her by her husband, Reddit co-founder and NFT enthusiast Alexis Ohanian.

Ape #5797 is rare because of its Pink Fur and Sad Eye traits. It is ranked 717th in rarity in the 10,000-piece NFT generative art collection.

Ohanian purchased the Ape NFT on January 5th for 117 ETH or nearly $450,000 and transferred it to William’s crypto wallet. Afterward, he tweeted:

“First I get you the SerenaPunk, now I get the pink ape you wanted… you realize I’m only gifting you NFTs from now on, right?”

The BAYC is one of the most popular NFT collections to date and last year surpassed CryptoPunks in total sales volume.

Other stars that have aped into the prestigious club include Meek Mills, Jimmy Fallon, Steph Curry, Eminem and Snoop Dogg — and people are speculating about if the latter two are going to incorporate their Bored Apes into their Superbowl Halftime Show in February.

Like her husband, Williams appears to be a fan of non-fungible tokens (NFTs), which have exploded in popularity over the past couple of years. After receiving the gift, she posted the picture of her Ape on Twitter with the message “GM”—which is “Good Morning” in crypto-talk.

Although Twitter had its haters (as always) of Williams’ valuable new NFT, we think Ohanian and the 23-time Grand Slam winner just notched another “W” for their team.

At a price tag of nearly half a million dollars for the sad Ape, we certainly hope so.