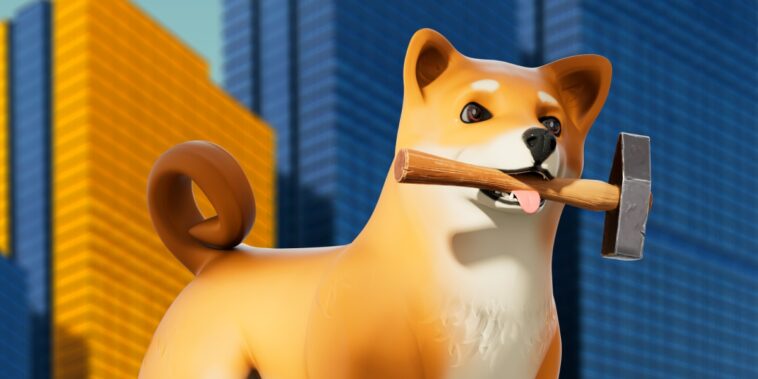 The Los Angeles-based virtual reality company The Third Floor Inc. is teaming up with Shiba Inu to create a metaverse world for $SHIB members as part of its ambitious “virtual spaces” project SHIB: The Metaverse.

Dane Smith, the CEO of The Third Floor, said that the initiative will include more than 100,000 new virtual land parcels, which can be used to create rewards, acquire in-game materials, and add passive inputs. The Metaverse will seamlessly connect with the NFT series Shiboshes, which were previously made available by the project. A portion of the land will be kept as a shared basis for players.

The Third Floor is a previsualization, post visualization, and virtual reality company headquartered in Los Angeles. The company has worked with directors such as James Cameron, Joss Whedon, Jon Favreau, Taika Waititi, and Ryan Coogler and has clients that include Disney, Netflix, Amazon Studios, and Marvel Studios.

The Third Floor will use the Unreal Engine to bring Shiba Inu’s vision to life in 3D. The new metaverse will let users collet game resources, receive awards, and socialize with other users.

Shiba Inu is a popular meme altcoin named after the Japanese hunting dog breed of the same name. The SHIB token evolved as an alternative to Dogecoin. It has a big fan base and is currently the 15th-ranked cryptocurrency by market cap.

Competition Is Increasing in the Metaverse

Since Mark Zuckerberg changed the name of Facebook to Meta in October 2021, the metaverse has been climbing in popularity. Referring to shared social spaces built for virtual and augmented reality, different metaverses and metaverse projects are popping up all the time. Here are a few interesting metaverse projects we’ve reported on in recent months.

ClassDojo, an education tech software company, raised $125 million as part of a funding round that was valued at over $1 billion. The goal? To build an educational metaverse platform to onboard millions of children into the metaverse.

Next Yuga Labs, the creators behind the blue chip NFT collection Bored Ape Yacht Club, sold land parcels and released a demo version of its new metaverse Otherside earlier in the year. It is a MMORPG-style game set to challenge other decentralized metaverses.

Lastly, Siemens, a pioneer in industrial automation, and NVIDIA, a leader in artificial intelligence, have teamed up for a new era of the industrial metaverse. The first stage in their partnership is to join the Siemens Xcelerator and NVIDIA Omniverse, a 3D platform, to enable various features for companies to combine digital twins and AI.

We’ll have to wait and see if The Third Floor and Shiba Inu’s metaverse will catch on, but one thing is certain: There’s no lack of competition in the metaverse.