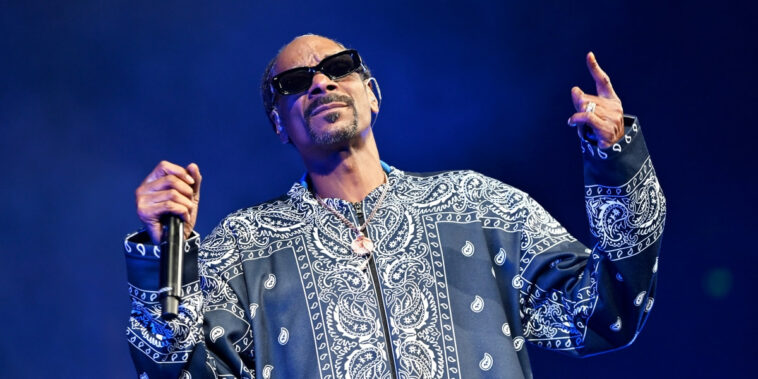 Snoop bought Death Row only a week ago through MNRK Music Group for an undisclosed amount. The label founded by Dr. Dre and Suge Knight helped launch the careers of many West-Coast rappers, including Tupac Shakur and Snoop himself.

Snoop, of course, is no stranger to NFTs. Last September, he announced he had been collecting NFTs under the name Cozomo de’ Medici and had acquired a collection valued at over $17 million, which includes NFTs from popular collections like CryptoPunks and Bored Ape Yacht Club.

On Tuesday, Feb. 15, Snoop told fans on Clubhouse that he “will be putting out artists through the metaverse. Just like we broke the industry when we was the first independent [label] to be major, I want to be the first major [label] in the metaverse.”

In March 2021, he also released his own NFT collection with an original track and a “Snoop Doge” coin, and a few months later he created a rare NFT that sold for nearly $750,000.

Most recently, the entrepreneurial rapper dropped his first NFT album with Gala Music entitled “B.O.D.R (Bacc on Death Row).” The innovative album features 17 tracks that can be purchased individually in cryptocurrency for around $5,000. Owners of the NFTs will also be able to earn “listen-to-earn” rewards off their tracks.

Snoop isn’t the only one to realize the benefits of NFT technology for musicians who have traditionally been given lopsided deals and taken advantage of by the music industry.

The Grammy-winning producer Timbaland has collaborated with Bored Ape Yacht Club for “Ape-in Productions,” a record label that works with talent in the BAYC. Its first signing was The Zoo, a hip-hop group grounded in the metaverse and BAYC community. Its first single, “ApeSh!t,” was produced by Timbaland.

Another company that intends to pave new roads for the NFT music space is Gala Music, which aims to unleash music on the blockchain from artists of all genres. Similar to Snoop’s intention, the company hopes to create a decentralized music network that gives artists power over record labels.

While the implications of NFT technology for artists and musicians continue to evolve, there’s no doubt Snoop Dogg is at the front of the pack.

We’ll be keeping our eye out to see if Death Row signs any new artists. And we’re sure it won’t be long before we start seeing NFT drops from some of the best rappers in the game.