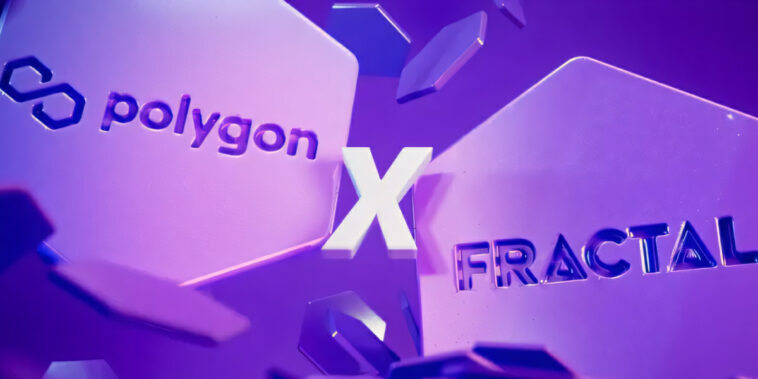 Fractal, the Web3 gaming platform that began on the Solana blockchain in late 2021, is expanding to Polygon. Justin Kan, the co-founder of video streaming and video game platform Twitch and the co-founder of Fractal, announced the news today.

The move will bring Fractal’s entire Web3 gaming suite to Polygon, which includes an NFT launch pad, an NFT marketplace for in-game NFTs, and support for things like esports tournaments. In addition, using Fractal SDK, developers can create in-game marketplaces so gamers don’t have to navigate outside of the game to purchase NFTs.

Fractal will support 30 Polygon-based games at launch, including Phantom Galaxies, Sunflower Land, Life Beyond, and more. Polygon Labs and Fractal will also work together to promote games with online tournaments before the annual Game Developers Conference (GDC) takes place in March 2023.

Kan said that while he was still compelled by Solana technology, the company began expanding late last year. In November 2022, they added game projects that run on Ethereum, as well as Polygon games on the platform.

Kan also noted that he believes Fractal’s singular focus on gaming will distinguish itself from other NFT marketplaces and platforms.

Polygon Keeps the Momentum Going in 2023

Fractals move to Polygon is big news for Fractal gamers and developers. But news that another company has decided to partner with Polygon is anything but surprising at this point. Over the last couple of weeks alone, we’ve written several stories about Polygon. Here are some of the headlines.

First, Mastercard is partnering with Polygon to launch a Web3 music incubator. The news was announced at the Consumer Electronics Show in Las Vegas, and the incubator will take five people in the music industry and show them the ins and outs of Web3.

Next, the South Korean video game developer, Neowiz, announced it had raised $12 million in private funding round for its Web3 gaming platform Intella X. The platform is scheduled to launch on Polygon in the first quarter of 2023, along with its NFT marketplace, Web3 wallet, games, and decentralized exchange.

Lastly, just last week, one of the top NFT marketplaces, Rarible, expanded its marketplace builder program to include NFT token community projects from Polygon. The CEO of Rarible, Alexei Falin, said that Polygon had received tremendous traction in recent months and was a natural choice for expansion.

We’ve said it before, and we’ll say it again: Polygon is booming, and its momentum doesn’t appear to be slowing down any time soon. We’ll keep our ears to the ground for any more news about Fractal and Polygon.