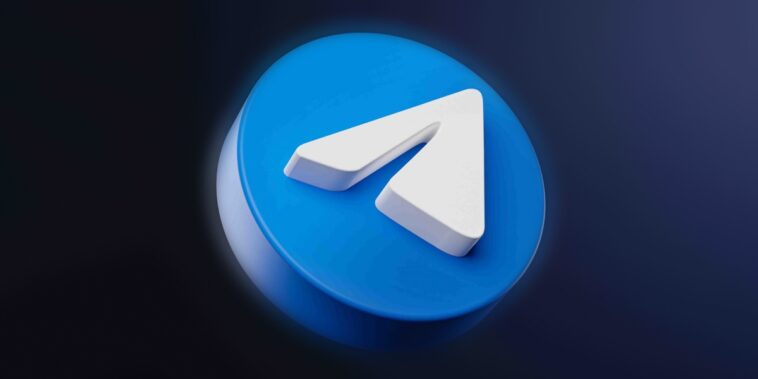 On Tuesday, Telegram founder Pavel Durov said that the company should consider selling usernames using “NFT smart contracts.” The message came as a result of Durov analyzing the username auctions from The Open Network, which the Telegram team initially designed.

Durov said that he was “really impressed” with the TON team’s success in selling its domain and wallet names. He added to his personal Telegram channel, “Imagine how successful Telegram could be” with its hundreds of millions of users if it auctioned off reserved usernames.

Because Telegram’s team initially designed The Open Network, a hypothetical Telegram username marketplace would likely use the same code as TON. That programming language is FunC, which the TON team employs to launch smart contracts for its marketplace.

The Open Network is a Layer-1 blockchain that was initially formed in 2018. It sells shortened domain and wallet names with the “.TON” ending to take the place of long wallet addresses. These wallet addresses are often long and unwieldy, making them difficult to remember and prone to user error when someone tries to pair them with a decentralized application.

The “.TON” domain and wallet names are similar to the Ethereum Name Service domain names, which have the “.ETH” ending. The total number of ENS names recently passed two million, a milestone to be celebrated in the bear market.

For ENS names, “.TON” domain and wallet names, and the proposed Telegram usernames, certain ones are more popular than others. Some ENS names have sold for hundreds of thousands of dollars. As Durov’s message was merely a suggestion, there are no reported firm plans for Telegram to auction off its usernames yet.

Two months ago, Anthony Hopkins bought the ENS name “AHopkins.eth” for an undisclosed amount. The actor and artist also asked his fellow celebrities on Twitter which NFTs to buy, before releasing his own NFT collection just in the past month.

Three months ago, Nike and Nike-owned company RTFKT bought “Dotswoosh.eth” for around $35,000. The ENS domain name references Nike’s long history with the “swoosh” marketing symbol. To date, RTFKT owns around 10 ENS domain names, all relating to projects it has produced.

Six months ago, PUMA joined Web3 by buying “puma.eth.” By doing so, it became the 13th-largest account on Twitter with an ENS domain name, a big win for the Web3 community.

The Telegram founder’s proposal to auction off usernames like other organizations do Web3 wallet addresses is an interesting proposition that could bring engagement and revenue to the company. Here at Rarity Sniper, we’ll keep our ears to the ground for more developments in the story.