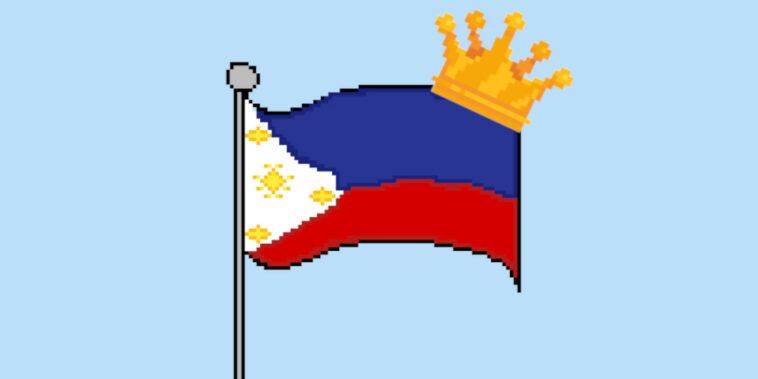 In a recent survey by Australian agency Finder, the Philippines came out on top of all countries for non-fungible token (NFT) adoption. 32% of Filipinos say they own NFTs, over 5% more than the second-place finisher Thailand.

The survey, which was conducted in September of 2021, covered over 1,500 Filipinos and showed that males are more likely to own at least one NFT compared to females. This gap is higher in the Philippines compared to the average for all countries.

One of the prime reasons for the adoption of NFTs in the Philippines and other Asian countries (Thailand, Malaysia, and Vietnam are all in the top five) is the prevalence of another form of NFTs: play-to-earn blockchain games like Sky Mavis’s Axie Infinity.

Jeff Zirlin, the co-founder of Sky Mavis, noted on a podcast with The a16z  that the Filipinos’ existing knowledge base for cryptocurrency and love for gaming help keep the country on top.

A relatively low minimum wage might have aided the adoption as well. The report shows that the majority of the top 15 countries surveyed for NFT adoption are developing countries. In these countries, government-mandated wages might be less than those that can be made through play-to-earn games.

The lowered adoption of NFTs in developed countries is perhaps unsurprising given that the technology has been controversial. Issues surrounding the environmental impact and money laundering concerns have some questioning whether this technology will last, at least in its current form.

But that hasn’t stopped citizens around the world from joining in the revolution, even if their voices don’t make the Western newspapers.