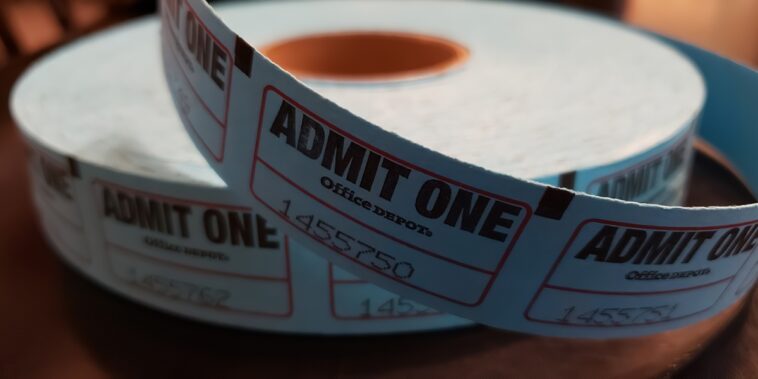 The news was announced on November 21st, 2022, by licensed trademark attorney Mike Koundoudis via Twitter. The trademarks are for the following:

Though details are sparse about what TicketMaster plans to do with its newly registered trademarks, the company has been bullish on Web3 for some time now.

In August, TicketMaster partnered with Dapper Labs to mint NFT tickets on the Flow blockchain for Live Nation Entertainment events. The collaboration helped the company create a digital wallet and NFT marketplace on its site. With its latest trademarks, the company looks poised to enter Web3 in a big way.

NFT Ticketing is Heating Up

TicketMaster is the largest global event ticketing company in the world, so news that its going all-in on Web3 technologies is huge. But TicketMaster isn’t the only company using NFT and Web3 technology for tickets and events. At Rarity Sniper, we’ve covered several stories about NFT ticketing. Here are a few.

Next, in May 2022, iconic boxer Floyd Mayweather sold NFT tickets for his exhibition match with Don Moore in Dubai. NFT ticket holders were granted instant access to live streams of the match, as well as limited edition 3D collectibles, memorabilia, and ten photographs from the event.

Because NFTs prove ownership and can be linked to physical goods, they are becoming especially useful in the ticketing industry. TicketMaster’s move to register Web3 trademarks shows the global event ticketing leader has big plans in the space. We’ll keep our ears to the ground for any new stories about the company building in Web3.