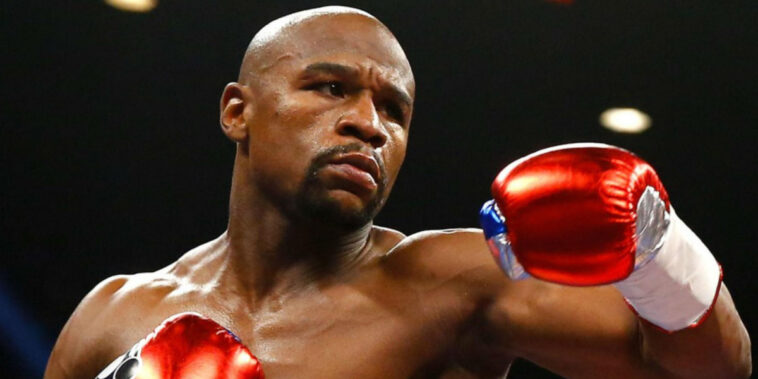 The first-ever non-fungible token boxing match is happening in Dubai at the Burj al-Arab between Floyd ‘Money’ Mayweather and ‘Dangerous’ Don Moore. The event will take place on May 14th, and NFT ticket holders will be granted instant access to an exclusive live stream of the match.

The NFT may also grant future utility and awards, which could potentially increase its value after the match has occurred. The tickets can be traded before and after the event on NFT marketplaces such as OpenSea and Rarible. One NFT ticket is currently available on Rarible for the price of 140 MATIC.

To view the event, users must link a crypto wallet like MetaMask to the platform and they will be granted instead viewing access. Other matchups of the evening include:

Mayweather, arguably the best pound-for-pound boxer of all time, has come out of retirement several times for exhibition fights that if nothing else proved entertaining for boxing fans. Both Mayweather and Moore are 45 years old.

NFTs are Growing in Boxing & Sports

This may be the first time an NFT has been pegged to pay-per-view viewing of a world-class boxing event, but it’s far from the only NFT in boxing.

The heavyweight champion of the world Tyson Fury released a 1/1 NFT before his fight against Dilian Whyte on April 23rd, which saw him retain his title by means of a vicious uppercut in the 6th round. Owners of Fury’s NFT were granted ringside tickets to the match and the chance to sit down and have breakfast with the champion.

Mike Tyson has also teamed up with Binance to drop a mystery NFT Box collection that was tied to physical collectibles and merchandise. And beyond the boxing world, several sports leagues are investing heavily in the nascent technology — including the NBA, NFL, UFC, and Major League Soccer.

By connecting NFTs to IRL utility like tickets, autographs, and limited-edition collectibles, athletes and leagues can build functional value behind digital assets.

No one can be sure if the Global Titans Fight Series NFTs will increase in value over time. But at the very least, the NFT pay-per-view ticket model seems like a new and exciting way to watch a fight.