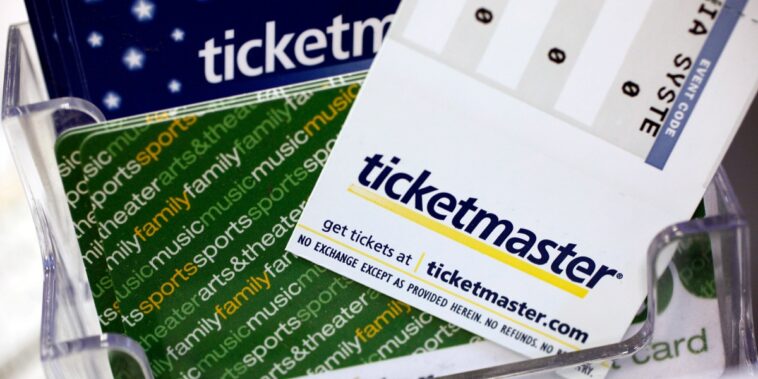 One week ago, Ticketmaster, the largest ticketing service in the United States, created a job posting for a product manager who will explore NFT ticketing tooling. The job description shows that Ticketmaster may be looking beyond using NFTs for simple ticketing. Instead, the new product manager will build enterprise products that utilize NFTs across all industries, especially sports and music. Here’s everything we know about the role based on the job description:

Ticketmaster is part of Live Nation Entertainment, the world’s largest live entertainment company. Its vision, according to the job posting, is to connect people to live events that they love.

Although many associate NFTs with digital collectibles like short NBA highlights or Bored Apes, ticketing has grown to become a possible use case for the nascent technology. The reasons espoused in different articles are numerous and range from preventing fraud to providing better memorabilia than QR codes. In fact, some companies and events have already experimented with using NFTs as tickets, including various music events.

While it is uncertain what enterprise products the new product manager at Ticketmaster will develop, there’s no doubt that many individuals, groups, and companies are already using NFTs for innovation within their chosen industries. Ticketmaster could easily do the same.

NFTs as Tickets a Growing Use Case

Although using NFTs for tickets is still a niche use case for the technology, various companies have made news this year doing so. Here are three stories Rarity Sniper covered involving the use of NFTs for tickets.

First, there is the NFL. The League experimented with using NFTs as “ticket stubs” for many games during the previous season, and it turns out the test was successful. Now the NFL is expanding the ticket stub program to 101 games, including all games in Week 1 of the regular season.

Second, there is EXIT, a major European music festival. About a month ago, it announced that it would sell some of its tickets as NFTs, becoming the first European festival to do so. The tickets, “NFT VIP GOLD” and “NFT VIP Infinite Experience,” went on sale on June 30th and could be purchased through a marketplace that runs on the Ethereum blockchain.

Third and finally, there is Mariah Carey. The singer launched an NFT auction on June 3rd for an NFT that doubled as a ticket to accompany Carey on a private jet flight. The NFT ticket came with other perks as well, including two nights in an NYC hotel and a guest pass to the Songwriters Hall of Fame commemoration.

Ticketmaster’s new job posting is certainly interesting, as it touches on a niche use case for NFTs and one that could lead to innovation within the field. Here at Rarity Sniper, we’ll keep our ears to the ground for further developments in this story.