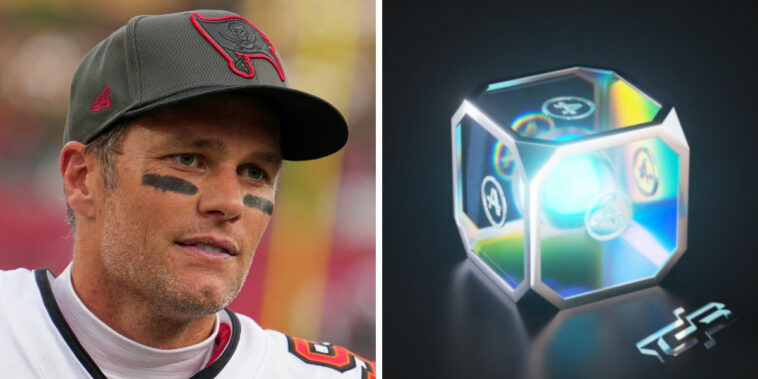 Tom Brady-led NFT marketplace Autograph, which seeks to pair popular celebrities and athletes with collectors, raised $170 million in a Series B funding round according to TechCrunch.

Venture capital firms Andreessen Horowitz and Kleiner Perkins led the round, which also saw participation from Katie Haun’s fund and Lightspeed partner Nicole Quinn. This type of investor is not new to Autograph, as the Series A round also saw venture capital firms invest in the NFL GOAT’s project.

There is no word yet on how Brady and the Board will use the funds.

Autograph, as a marketplace, seeks to capitalize on the personal stardom of athletes and celebrities, positioning itself as an opportunity for individual athletes to connect with their fanbase. This focus on individual athletes is different from league-wide NFT collectible platforms like NBA Top Shot and UFC Strike offered by Dapper Labs that use proprietary material to create NFTs.

Notable athletes that have launched collectibles on Autograph are Tiger Woods, Derek Jeter, and Wayne Gretzky. Tom Brady himself has dropped a collectible set on the platform, which sold out in five minutes. Some showcased NFTs on the website involve illustrated busts of the players in famous poses complete with digital autographs.

Autograph presents an uncommon carrot for collectors in that it tries to pair them with “exclusive content and experiences” reserved solely for them. While the details behind this feature of Autograph are unknown, other marketplaces have given collectors tickets to games or allowed them to meet with players via group text-based messaging forums.

While the Autograph website has a sleek design and the NFTs seem polished, it does face an uphill climb with a community that has suffered at the hands of numerous “cash grabs” from celebrities and athletes. Although that narrative is changing with popular athletes engaging with the NFT Twitter community, the legacy of some of the abandoned projects early in 2021 might prove tough to fade.

As TechCrunch notes, athletes and celebrities find themselves in a difficult situation when approaching crypto or NFTs. Because the subject matter is so controversial, they can risk losing mainstream fans and supporters by professing an interest or dabbling in these areas.

Tom Brady, one of the most outspoken supporters of this new technology, may be trying to change that. If his new platform succeeds, it will allow fans to interact with their idols in an entirely new way, bypassing traditional mediums and allowing for new opportunities to flourish.