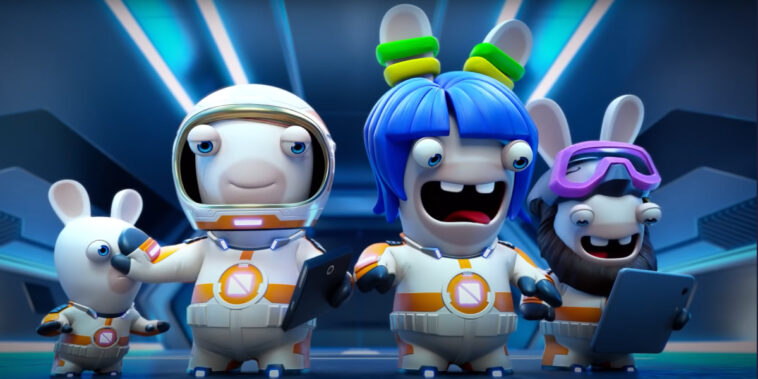 Ubisoft executive Guillaume Mammi said The Sandbox is a “great opportunity” for Ubisoft to wade into the metaverse and a solid place to add on a list of Rabbids invasions. Mammi noted that Ubisoft is “looking forward” to seeing how gamers will integrate the Rabbids into their Sandbox creations, jumping at the opportunity to turn over some of the IP.

The Rabbids were secondary characters in one of Ubisoft’s games over a decade ago before growing so popular they warranted their own game. They are one of the more popular Ubisoft gaming characters — a play on the regular rabbit that has been turned a little, well, “rabid.”

Included in the partnership is Ubisoft’s own Sandbox plot, where the company will be able to create gaming experiences and experiment within the confines of one of the most popular metaverses. There’s uncertainty as to what Ubisoft will build on the property, but given its headstrong push into the metaverse and non-fungible tokens (NFTs), the hope is that it will be something innovative.

Ubisoft Leads the Charge for NFTs in Gaming Industry

In December, Ubisoft released a set of NFTs into its Tom Clancy Ghost Recon game, becoming one of the first significant gaming studios to implement NFTs into their products. It is also one of the few companies to actively push back against gamer criticism, at one point saying that gamers “didn’t understand NFTs.”

While Ubisoft may be leading the charge for gaming companies into the NFT landscape, other companies have joined in as well. Krafton, the creator of the popular PUBG, announced that it bought equity shares in two companies to develop NFTs, and Atari, the gaming legend, is releasing a set of NFT loot boxes that will have undisclosed contents to be revealed at a later date.

However, Ubisoft is perhaps one of the biggest names to jump into NFTs, Web 3.0, and the Metaverse. The company is known for some of the most popular videogames in the past decade, including Assasin’s Creed, the Tom Clancy series, Watch Dogs, and Just Dance. Its persistent pursuit of NFTs and the metaverse signal a vote of confidence in the technology.

The gaming giant has also been clear that the technology is some of the most innovative around and that, because Ubisoft is an innovative gaming company, the match is a perfect fit.