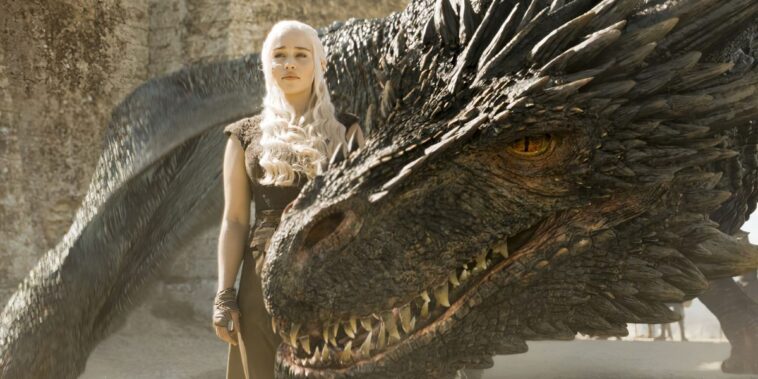 Fans of non-fungible tokens (NFT) and the hit HBO series “Game of Thrones” have reason to celebrate. Warner Bros. Discovery (WBD) and HBO just announced they are teaming up to release ‘Game of Thrones’ NFTs and an NFT experience on the Web3 platform Nifty’s.

The NFT experience is being called “Game of Thrones: Build Your Realm,” and fans will be able to build a virtual realm by collecting customizable avatars inspired by characters from the series. They can also engage in thematic activities and challenges and collect assorted packs and a myriad of “equipable” items such as weapons, gear, and companions to strengthen their characters.

Furthermore, as part of the project, a set of Game of Thrones NFTs will be dropped that depict special moments, locations, and characters from the series. No pricing details on the collection have been released yet.

The head of NFT Commercial Development for WBD said that the digital collectible program will enable fans to immerse themselves in the world of Westeros and interact with the “stories and characters they love.” CEO and co-founder of Nifty’s Jeff Marsilio added that Game of Thrones was a monumental series that changed the “creative landscape,” and now fans can enjoy it in a whole new way.

The 3D-content company Daz 3D will be working on the design and development of the NFT experience. No official launch date has been set yet, but fans can expect the drop sometime before the end of 20222.

The new Game of Thrones NFTs and NFT experience from Warner Bros. and HBO should be exciting for fans of the series. But it isn’t the first non-fungible token project based on a television series that we’ve seen this year. At Rarity Sniper, we’ve covered several NFT collections that bring television and Web3 technologies together in interesting ways. Here are the top stories.

First, in July, Orange Comet, released a follow up NFT collection from the hit series “The Walking Dead.” Holders of its Walker Access Pass were able to mint 5,000 1:1 zombie NFTs that possess the same traits as the original NFTs, but will become increasing decomposed, decrepit, and zombie-like with each airdrop.

Next, actress Reese Witherspoon’s production company Hello Sunshine teamed up with the World of Women (Wow) NFT collection to adapt WoW NFTs into television shows and films. Part of the project will also involve co-producing a series that educates women on Web3 technologies.

Lastly, Nickelodeon and Paramount announced a partnership with Web3 platform Recur to bring Rugrats and Hey Arnold! NFTs to life. The first collection saw the launch of 10,000 NFTs depicting six characters from each of the popular TV shows.

Because NFT technologies create new ways to connect with fans and sell digital products, it’s not surprising the amount of investment we’re seeing in Web3 from media and entertainment companies. We’ll have to wait until this winter to see if the Game of Thrones NFT experience will be a hit, but if it’s anything like the series itself, we expect it will be full of fun surprises.