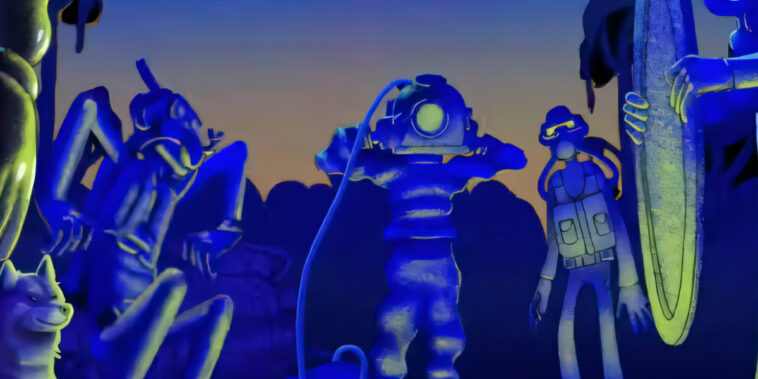 Yuga Labs, the creator of the Bored Ape Yacht Club (BAYC) and Mutant Ape Yacht Club (MAYC), will launch a free non-fungible token mint called “Sewer Passes” on January 17th. The mint ties into a skill-based game called “Dookey Dash,” which opens for gameplay the day after the mint. Although the mint is available solely to holders of BAYC and MAYC tokens, anyone who purchases a Sewer Pass on the secondary market will be able to play the game.

According to the announcement, players who have a score “higher than zero” in Dookey Dash when gameplay ends will see their Sewer Pass change into another NFT. The rarity of that NFT will depend on how high a score the player accumulates. Sewer Pass holders can play the game an unlimited number of times to try for a higher score.

The game, which is part of the “Trial of Jimmy the Monkey” event on the BAYC roadmap, likely will tie into the Otherside metaverse, which seeks to turn holder NFTs into something they can use in that specific metaverse. The NFT community, which generally regards Yuga Labs as the top NFT company, has patiently awaited the Trial of Jimmy the Monkey for months.

So far, the company is evasive about what it will call the new NFT creatures. The only hints it gives is that the holders will be able to use the new creatures in “battles to come,” which may take place throughout 2023. The announcement of the game is the first from the company in the new year, and the first news item since the company hired a new CEO.

Yuga Labs, the premier company in the NFT space, made news throughout 2022. There were airdrops of tokens worth thousands of dollars, the introduction of a new metaverse, and a fundraise that valued the company in the billions of dollars. Here are three of the latest Yuga Labs stories, all in the past two months.

First, Yuga Labs hired former Activision Blizzard executive Daniel Alegre as its new CEO. Alegre comes with an impressive resume, having worked at global music company Bertelsmann and Google, in addition to his time at Activision Blizzard. He will likely help with the development of the Otherside metaverse, among other projects.

Next, ApeCoin holders snagged a new marketplace for Yuga Labs NFTs. The marketplace, which Snag Solutions built, will focus on various Yuga collections like the Bored Ape Yacht Club, Mutant Ape Yacht Club, and Bored Ape Kennel Club. It offers reduced fees for sellers and provides a new use case for $APE, the official cryptocurrency of the community.

Lastly, Yuga Labs donated CryptoPunk #305 to the Institute of Contemporary Art in Miami. The move is part of the larger “Punks Legacy Project” which seeks to put CryptoPunks in museums all around the world. As part of the deal, the company will educate museums about NFT storage solutions and best security practices.

The new Yuga Labs free mint and corresponding skill-based game will likely excite the NFT community. And it is another news story in a rollicking start to 2023 that has seen tech developments in the metaverse and more.