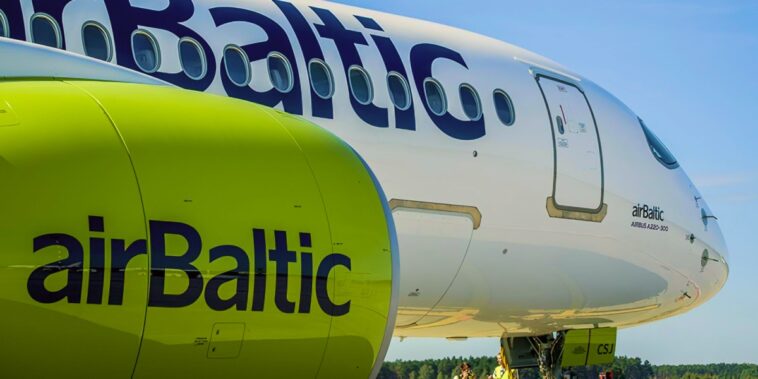 airBaltic, Latvia’s premiere airline, has been at the forefront of the airline industry’s experimentation with the blockchain. In 2014, it became the first airline to accept Bitcoin and cryptocurrency payments for flight tickets. Now, it’s launching an NFT collection with special IRL utility: a tie to its loyalty program. Here are all the details.

Because the NFTs have a mint price around $300, Gauss said it makes sense to allow holders to accumulate points even when they aren’t flying with airBaltic. Users can then redeem the points for free flights, ultimately amounting for around the initial cost of the NFT. They can also resell their NFT on the free market, and all the points will transfer over.

Gauss has speculated that tokenization of loyalty programs can bring a new world to airlines. As of now, flight points have limited value. Holders cannot transfer them to another person, forcing people in a situation to use them or lose them. But with NFTs acting as a mode to hold flight points, people can sell their points on the open market. They, then, have real value.

While many people scoff at NFTs for their lack of utility, many companies in 2022 have worked to give in-real-life benefits to NFT holders. Here are three stories about the nascent NFT technology and IRL utility.

First, there is VeeFriends. Just yesterday, the NFT company announced a new toy line that will debut in Macy’s stores. Holders of the NFT versions of those toys will have a period to claim a free toy, an example of IRL utility.

Second, there is PUMA. The German sports apparel company created a Web3 portal for New York Fashion Week. In addition to the virtual experiences the portal offers, users who held a PUMA NFT were able to redeem it for a real-life pair of sneakers.

Third and finally, there is Hennessy. The Cognac company auctioned a pair of NFTs earlier this year. With them came a gift: a rare bottle of Cognac complete with a wooden storage case. It was another example of companies innovating in the NFT space.

airBaltic’s inventive use of NFT technology may set the standard for airlines in the years to come. People will have the opportunity to purchase flight points and other perks associated with the NFTs, which is a big win for the consumer. Here at Rarity Sniper, we’ll be paying close attention for further developments in the story.