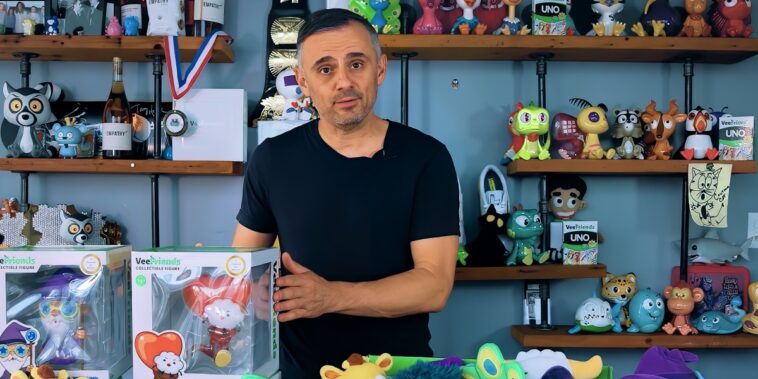 VeeFriends has hit many milestones since launching in 2021. It has reached over $300 million in trading volume, went up for auction at Christie’s, and formed brand partnerships. But perhaps few achievements will warm founder Gary Vee’s heart more than its latest: the signing of a deal to bring VeeFriends toys to Macy’s and its Toys “R” Us in-store brand.

On October 17th, the initial batch of toys will go up for sale in Macy’s stores around the United States. Additionally, they will be available on the VeeFriends website for international orders. The toys will feature 10 VeeFriend NFTs, including Practical Peacock, Willful Wizard, and Genuine Giraffe.

Although the move signals that Gary Vee and VeeFriends are moving beyond the NFT space, holders of the NFTs showcased in the toy line will not be left behind. From now until October 18th, those holders will be able to claim a free toy resembling their NFT. They will also receive special privileges during in-person Macy’s events involving the toy line.

Gary Vee called the move a “full circle moment for me” in a statement. He recalls walking the stores’ aisles in Edison, New Jersey when growing up, and he remarked that VeeFriends chose these specific toys because they would appeal to first-time collectors. Each toy will come with a QR code that, when scanned, will lead to short films and character songs.

VeeFriends is a popular NFT collection that draws on Gary Vee’s personal views on what leads to happiness and success. Many of them are animals and come with a descriptor like “adventurous” or “empathy.” Holders have received real-life utility for owning the NFTs, including free tickets to Gary Vee’s annual Web3 VeeCon event.

NFT Companies Have Been Busy in Bear Market

Although the NFT market has slumped in recent months, that hasn’t stopped top NFT companies from building. Here are three stories that involve NFT companies and give credence to the phrase, “Bear markets are for builders.”

Second, there is Proof. The company behind the popular Moonbirds collection recently raised $50 million in a Series A funding round. Andreessen Horowitz’s a16z, True Ventures, and Gary Vaynerchuk’s VaynerFund participated in the round.

Third and finally, there is Gary Vee’s VeeFriends. The NFT company raised $50 million from a16z two months ago, with a partner at a16z saying Gary Vee represented the “ethos of entrepreneurship.”

VeeFriends’ new toy line is a big deal as it shows NFT companies are expanding beyond the confines of NFTs into other areas. Given Gary Vee’s stature in business, it’s perhaps unsurprising to see VeeFriends with the first NFT toy line in a major department store. However, more NFT companies may follow suit.