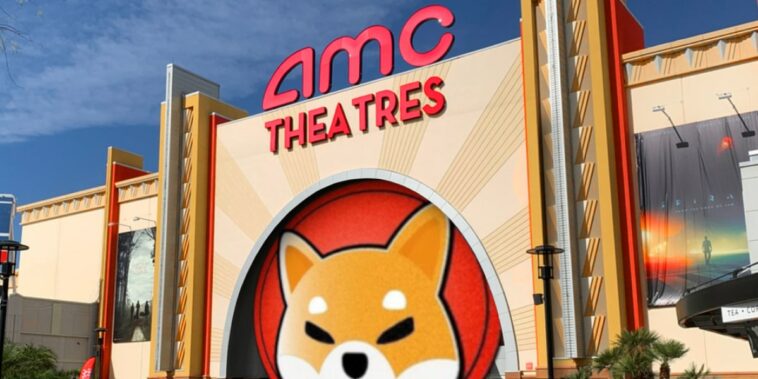 Beginning March 19th, BitPay will go live on AMC’s website and live on mobile phone apps no later than April 16th, according to a tweet by AMC’s CEO Adam Aron this Monday.

This is not AMC’s first foray into cryptocurrency payments. In November of last year, the company began accepting Bitcoin (BTC), Ethereum (ETH), Bitcoin Cash (BCH), and Litecoin (LTC) through PayPal and gave the word that DOGE would be coming soon.

AMC Theatres is one of the biggest movie exhibition companies in various markets across the US, Europe, and around the world. The company has nearly 1,000 theatres and over 10,000 screens globally. Despite being down by more than 30 percent in the past three months, AMC stock rose about 4 percent following the news.

In October, Aaron posted a Twitter poll asking if AMC should accent Shiba Inu payments, and over 80 percent of respondents voted “sure.” Now AMC is on the brink of delivering yet another crypto payment option to ticket purchasers — a move that should make meme coin holders happy.

AMC Theatres’ NFTs Were a Success in 2021

Besides crypto payments, AMC has also been experimenting with non-fungible tokens (NFTs). Last year, it partnered with Sony Pictures to distribute 86,000 NFTs to select purchasers of tickets to see “Spider-Man: No Way Home.” The movie saw a record of 1.1 million people attend the premiere.

In January, AMC gave out 580,000 non-fungible tokens (NFTs) to their shareholders as part of the free AMC Investor Connect program. The coins were created on the Worldwide Asset eXchange (WAX), the first blockchain to be certified as carbon neutral.

In the spirit of decentralization, the digital coins depicted an image of a gold medallion with the text, “I own AMC.” Owning an AMC NFT provides membership perks, rewards, discounted ticket prices, and other benefits to holders.

It appears that AMC, like many brands and companies, has recognized the value of investing in NFTs, blockchain technology, and cryptocurrencies. And perhaps it should come as no surprise that the theater would accept meme coins like DOGE and Shiba Inu, considering the company saw its stock jump by 1,000 percent in 2021 after the Reddit-led “meme stock” craze that shook Wall Street.