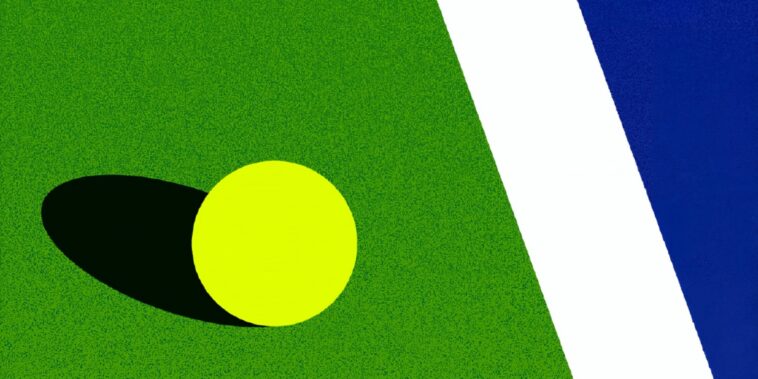 The Association of Tennis Professionals (ATP), the governing body for men’s tennis, is launching an NFT collection called “Love” on December 6th. It will feature 300 NFTs on the Ethereum blockchain and utilize real-world tennis data to create a generative art collection. The work to create the collection will occur through Art Blocks Engine, with designer Martin Grasser as the principal artist.

“Love” will feature lines, colors, circles, and ellipses to mimic winning shots in the 2022 Nitto ATP Finals. There will be over 30 colors palettes, 114 camera angles, and different zoom levels to create variety in the artwork. Tennis Data Innovations, along with TennisViz, will provide the data used to create the collection.

The collection will feature different levels of rarity, with some artwork representing game-winning points, set-winning points, and match-winning points. The ATP will auction each NFT in a “Dutch Auction” style, where the price moves lower in set increments when there are no bids. The auctions will start at 3 ETH and move as low as 0.3 ETH.

Daniele Sanó, ATP’s Chief Business Officer, said in a statement that “Love” is the ATP’s exciting first step into the Web3 space. They added that the collection will allow fans to own unique artwork from the ATP’s season finale, as well as see the richness of data the ATP has at its disposal.

Users who purchase a “Love” NFT will be able to see their NFT immediately after mint. They can also trade them on secondary marketplaces like OpenSea. 1% of secondary sale proceeds will go to the Giving Block’s Mental Health Impact Fund, which supports nonprofits that are addressing mental health challenges.

While many industries have bet big on Web3, perhaps none has bet the most as the sports industry. And tennis is no exception. At Rarity Sniper, we’ve written many stories about tennis getting involved in the next iteration of the internet. Here are three.

First, there is Sabrina Stocker. In June of 2022, the entrepreneur announced she was creating “15 Love,” a platform for digital assets for tennis fans. At the time, Stocker said she was excited to start a business that meshed two of her most passionate interests: Web3 and tennis.

Second, there is Wimbledon. In June of 2022, the event shared it would launch an NFT collection called “The Centenary Club.” It would feature NFTs from Wimbledon’s storied history, including the battle between French and British players in the 1920s and the use of color television in the 1970s.

Third and finally, there is the Australian Open. In January of 2022, the event announced it would launch an NFT collection called “Art Balls.” These artist renderings of tennis balls would correspond to winning points in the tournament. The one that linked to Rafael Nadal’s match-winning shot rose in value significantly later in the year.

The ATP’s new NFT collection will be a big deal for Web3, which has explored the link between data and art before. Here at Rarity Sniper, we’ll be paying close attention for further developments in the story.