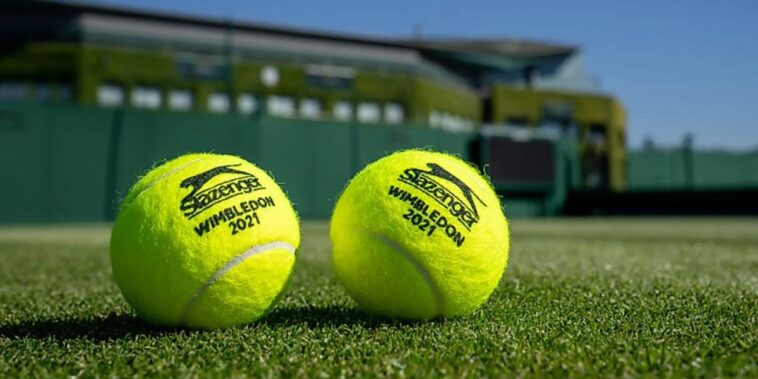 To celebrate 100 years of tradition and stellar tennis, Wimbledon is taking to a new frontier: non-fungible tokens. The All England Lawn Tennis and Croquet Club (AELTC), which moved to a new home on Church Road in 1922, will release an NFT collection titled The Centenary Collection to commemorate its 100th anniversary. Here’s what we know about the NFT set:

Each of the 10 digital collectibles will cover 10 out of the 100 years. Some themes include the battle between French and British tennis players in the 1920s and the later invention of color television at Wimbledon during the 1970s.

Running the drop will be Glorious Digital, a New Zealand-based art studio that also operates an NFT marketplace. Glorious Digital uses the CENNZ blockchain, which is an environmentally-friendly Ethereum sidechain.

Alexandra Willis, the AELTC Communications and Marketing Director, said that using NFTs to celebrate 100 years of Wimbledon’s history is “a lovely contrast.” Although The Centenary Collection will pay homage to the past, it is a reminder that how fans interact with the sport continues to evolve.

Tim Harper, chief executive at Glorious Digital, said the company is “honored” to work with AELTC to “immortalize” Wimbledon on the blockchain. Employees at the company understand that Wimbledon is “hallowed ground” in tennis and that the tournament’s fan base is passionate.

Users who purchase a collectible from The Centenary Collection won’t receive it until July 10th.

Sports and NFTs a Good Fit

As Willis of the AELTC remarked, fans’ ways of interacting with sports are evolving. Never has that been clearer than the demand for sports NFTs. Few industries have taken to this new technology more than sports, as seen in several stories Rarity Sniper has covered.

One comes from the world of tennis. In January 2022, the Australian Open became the first major tennis tournament to experiment with NFTs. Its hyperrealistic tennis ball NFTs were attached to plots on the court. When a winning shot landed on a plot, that NFT updated with statistics — innovative use of metadata on the blockchain.

The second story comes from the world of soccer: Manchester City plans to build a replica of its stadium in the metaverse. The stadium will use Sony’s Hawk-Eye technology, commonly used in tennis, to give players a unique experience while watching games.

And finally, few leagues have dived into Web3 like the NBA. For its 2022 Playoffs, it launched an NFT collection called “The Association.” Like in the Australian Open story, the NFT metadata updated after games. This time, though, it was with player performances.

Time will tell how The Cenetary Collection does, but given the passion for Wimbledon and tennis, the collection will likely sell out and continue to be in demand.