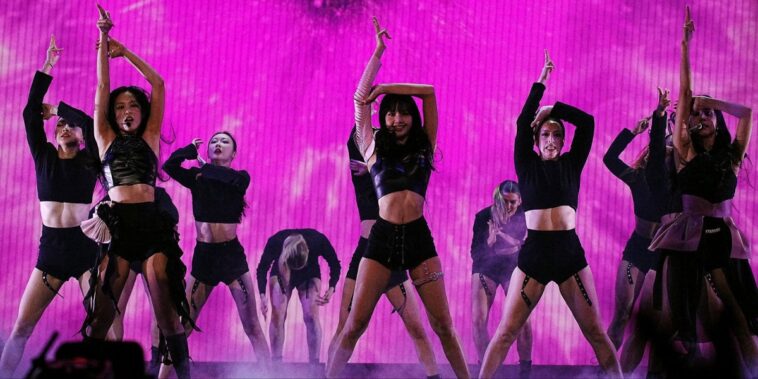 Last month, we reported that the MTV Video Music Awards had added a new category for Metaverse Performance of the Year. Yesterday, August 28th, the novel award went to South Korean girl K-Pop band BLACKPINK for its virtual concert in the metaverse titled “The Virtual PUBG Mobile.”

With the award, the group made MTV history at the Prudential Center in New Jersey, where artists and fans gathered to enjoy performances by superstars like Bad Bunny, Nicki Minaj, Annita, J Balvin, Lizzo, Jack Harlow, and the Red Hot Chili Peppers.

Other musicians nominated for the Metaverse Performance of the Year award were Justin Bieber, Charli XCX, Twenty-One Pilots, BTS, and Ariana Grande. BTS was nominated for performing the first-ever Minecraft concert via YouTube, and some of the other musicians did performances in the metaverses Roblox, Fortnite, and the XR platform Wave.

In related news, BLACKPINK also worked with the multiplayer game PUBG Mobile to present “The Virtual” in July for its second collaboration.

For folks who follow crypto and NFT news, the additional Metaverse Performance of the Year category should come as no surprise. All year we’ve been reporting on musicians investing time and energy into Web3, NFTs, and the metaverse.

Here are some headlines we’ve written this year about musicians and bands entering Web3:

It’s also worth mentioning that at the MTV Music Awards, Eminem and Snoop Dogg performed their new NFT-influenced song “From the D 2 the LBC,” which saw both rappers representing their Bored Ape Yacht Club NFTs in an animated video.

As NFTs and the metaverse continue to grow in popularity, we expect MTV’s new category to be more competitive each year. But for now, hats off to the popular South Korean band BLACKPINK for making music history.