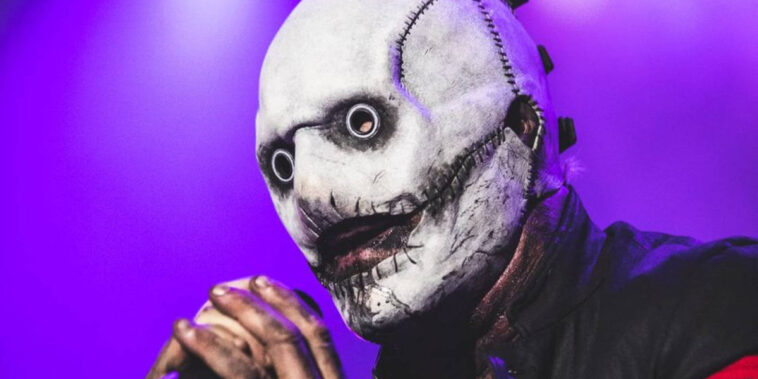 Slipknot is bringing its masks and metal music into the metaverse. According to a recent press release, the American band closed a deal with The Sandbox to develop interactive experiences on virtual LAND parcels.

The official Knotverse roadmap features plans for dozens of meetup opportunities, video games, and live events within the metaverse. Slipknot also said it would grant VIP experiences and merchandise to fans involved in its new Knotverse community.

The Knotverse roadmap also shows four upcoming NFT drops. The first batch of Knotverse NFTs is called “My Legacy — The Clown Collection,” and it’s set to drop on April 22nd on OpenSea. Afterward, Slipknot plans to release a Knotfest Festival Collection, which appears to feature NFTs inspired by historic Knotfest ads. There will also be a generative NFT art collection and standalone Slipknot NFTs.

People who own a Knotverse NFT will be eligible for numerous perks both within and outside of the metaverse. The Knotverse website says some NFT holders could win VIP tickets, NFT airdrops, and rare merchandise.

Slipknot also teased future collaborations, but it only said that fans should “expect the unexpected.” At the end of its Knotverse roadmap, Slipknot said it will use a voting system so NFT holders could shape the future course of its metaverse.

Heavy metal fans can learn more about Knotverse on the domain “knotverse.io.” Fans could also join the Knotverse Discord for the latest details on metaverse experiences and NFTs.

A-List Musicians are Taking Note of The Sandbox

Although Slipknot is the first heavy metal band to build on The Sandbox, plenty of other musicians are involved with this metaverse. Most notably, rapper Snoop Dogg has been creating his “Snoopverse,” which is meant to resemble his California mansion. Snoop Dogg also made history when he released the world’s first metaverse-filmed music video from The Sandbox.

Besides musical celebrities, big companies like Warner Music Group and HSBC are creating massive arenas and amusement parks for virtual games and concerts. With all the brands and musicians entering The Sandbox, metaverse gamers have plenty of musical genres and venues to explore.