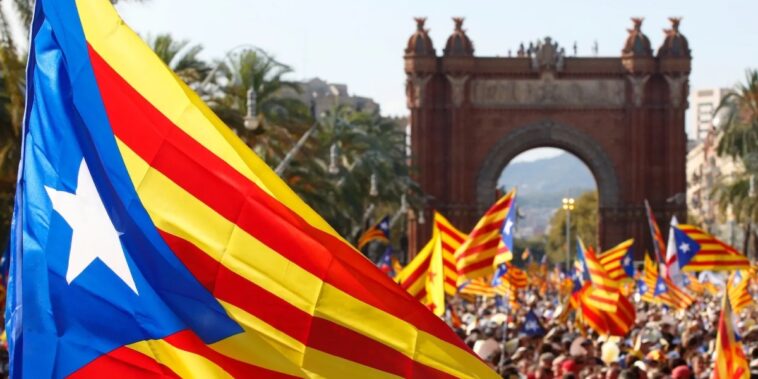 Catalonia, a region in northern Spain, is building its own metaverse. Officials in the region’s government plan the “Cataverse” to be founded on the Catalan language and culture of the area. Daniel Marco, Catalonian Director-General of Innovation, spoke on that topic and the push for “Smart Catalonia” at the European Blockchain Convention (2022). Here’s what we know.

Marco elaborated on the push to nurture young talent in the Catalonia region. He said the government has already passed policies that have created university programs to find and develop talent in exceptional young persons. The government initially appointed Marco for this task in 2014.

“We have very strong policies,” Marco said, to generate talent from universities. But because the government needs a lot of different profiles for its venture, it has created other programs like boot camps, presumably for other age groups or backgrounds.

Catalonia is an autonomous region of Spain that recently sought its independence. It contains four provinces — Barcelona, Girona, Lleida, and Tarragona. Barcelona is its most well-known city.

Catalonia creating its own metaverse is intriguing and it is also undoubtedly rare. Very few geographic entities have decided to launch their own metaverse, even as the hype over Web3 technology builds. However, there is one example Rarity Sniper has covered: South Korea.

Four months ago, South Korea announced it would invest 224 billion won or $187 million in a country-wide metaverse. The goal: to support the production of non-fungible tokens and digital content, as well as the growth of virtual cities, media, and education.

As the officials described, the South Korean metaverse would also host many promotional activities. These events included hackathons and metaverse developer contests. This move was part of a larger push called the “Digital New Deal,” which would foster the growth of digital and futuristic technologies.

This push may have succeeded, at least in one respect: Solana Labs pledged a $100 million investment in the ecosystem, specifically for blockchain games.

While the Catalonian government has not released any funding numbers, there is no doubt that the amount needed to build a metaverse is not small. But given the rich history and culture of the region, it could be an exciting addition to the digital landscape. Rarity Sniper will be on the look out for future developments.