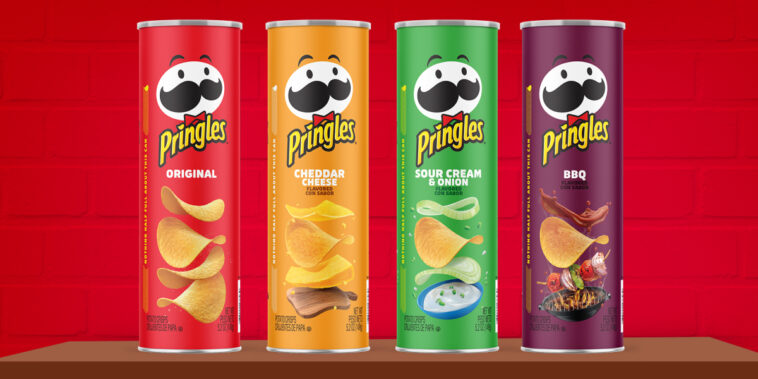 The “once you pop, you can’t stop” chip-maker is entering the metaverse. Pringles is reportedly paying one gamer $25,000 to play an NPC or “nonplayer character” in Train Sim World 2. The winner will come from a sweepstakes, and Pringles will select them on July 11th.

The venture into Train Sim World 2 marks Pringle’s first attempt at capitalizing on the hype of the metaverse, which is a shared social space built for virtual and augmented reality. The metaverse often extends to games that involve freely moving characters, such as Decentraland and The Sandbox.

The sweepstakes are part of a larger “Stay in the Game” marketing campaign that pairs the chip-maker with Grey London, an advertising agency. The campaign attempts to honor gamers going back to the 1980s. According to the “Stay in the Game” website, the “heart” of the gaming movement is a “Pringlesonic chip,” an 8-bit replication of a potato chip created through binary sound.

There is no word yet on the role the gamer will play in Train Sim World 2 when they win the sweepstakes. It is worth noting that the game involves players operating some of the most complex train routes in the world, making it a simulation of some kind. $25,000 doesn’t seem like a paltry sum to play an NPC, and this is certainly one of the more interesting open metaverse positions.

Companies Hire for the Metaverse

Since Mark Zuckerberg changed Facebook’s name to Meta, there has been a rush of interest in the metaverse. Companies from sports to apparel have scrambled to figure out how to approach this new technology. Here are four examples of companies that hired for the metaverse, spanning the breadth of industry.

Our first example comes from Hulu. Six months ago, it posted a job opening for a “Culture Trend Marketing Manager” who would help the company break into areas outside of streaming. Two of those areas were non-fungible tokens and the metaverse. Part of the reason for the hire was the changing way younger demographics consumed content.

Then there is Siempre Tequila. The company made an unusual hire for its spokesperson three months ago, tapping Bored Ape #5132 to be its “Spokesape.” According to the agreement, Siempre Tequila will use the Ape in promotions and has already begun to craft a backstory for the NFT. The Ape, called “Chido,” is now a “small-town Ape from Mexico.”

And, of course, native Web3 companies are hiring for positions. Two of the most notable hires from the past several months are art house Christie’s Noah Davis and Billboard President Julian Holguin. Yuga Labs hired Davis to run its CryptoPunks brand, and Doodles picked up Holguin to be its CEO. As Web3 and the metaverse expand, more native Web3 companies are poaching top talent from other industries.

While Pringles’ hiring of a gamer to be an NPC may seem strange at first, it is in line with its marketing push. For the “once you pop, you can’t stop” chip maker, this may go down as a solid play.