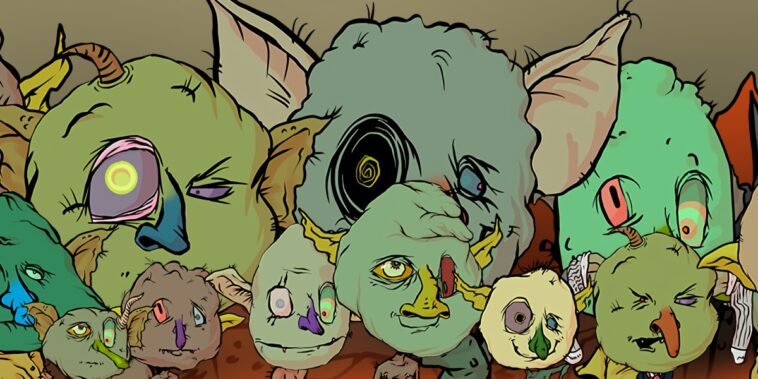 The co-founder of Truth Labs, Alexander Taub, just announced that the Web3 platform will be building its own non-fungible token (NFT) marketplace over the next couple of weeks. The marketplace will feature popular collections from Truth Labs, including Goblintown, The 187 Collection, IlluminatiNFTs, and others.

Taub said it made sense for Truth Labs to have their own marketplace as they build out their universe of characters. The new marketplace will take a 5 percent royalty fee for both creators and purchasers of NFTs.

Truth Labs is also responding to the recent controversy over OpenSea’s flagging system for stolen NFTs, making it impossible to flag an NFT as stolen or suspicious on the Truth Lab’s marketplace until the victim files a police report. Truth Labs is working with the white-label NFT marketplace Snag Solutions to enable this security feature.

Truth Labs dubs itself as a “collective of creators” working to impact the future of Web3. They are dedicated to developing dynamic, fun experiences in real life (IRL) and digital spaces, as well as providing a platform for unique visions and voices in the NFT space.

One of Truth Labs’ most successful NFT collections to date, Goblintown.wtf, was minted for free during the NFT bear market and has quickly risen in the NFT space. Despite the project having no utility, roadmap, or even a Discord channel, the current floor price on OpenSea for a Goblin NFT sits at 1.81 ETH or almost $3,000 at the time of writing.

The Year of the NFT Marketplace

Truth Labs’ plan to create its own NFT marketplace is ambitious, but the company isn’t the only entity building in Web3. At Rarity Sniper, we’ve reported on several companies preparing to open or opening their own NFT marketplace this year. Here are some related stories.

About two months ago, the e-commerce giant eBay announced that it had acquired KnownOrigin, an Ethereum-based NFT marketplace. eBay has been trying to expand its sale of digital goods and services since May of 2021, when the company began allowing the buying and selling of NFTs on its platform.

Next, the former music file-sharing platform LimeWire recently opened the waitlist for its NFT marketplace. The opening comes with several partnerships with musicians, including Travis Barker, the Blink 182 drummer and fan of NFTs. The marketplace will offer a variety of original music in the form of NFTs, as well as real-world items for purchase.

Finally, GameStop officially launched its own NFT marketplace about a month ago. The marketplace will sell NFT artwork and eventually incorporate gaming NFTs through Immutable X, a GameStop Partner. The marketplace is open to the public but is still in its beta testing stages.

Since NFTs have exploded to become a multi-billion dollar market, it’s not surprising the amount of marketplace we’re seeing popping up. Whether Truth Labs can ride the coattails of its NFT projects into hosting a successful NFT marketplace remains to be seen. But we’ll be keeping our ears to the ground in the coming weeks for more news about the marketplace.