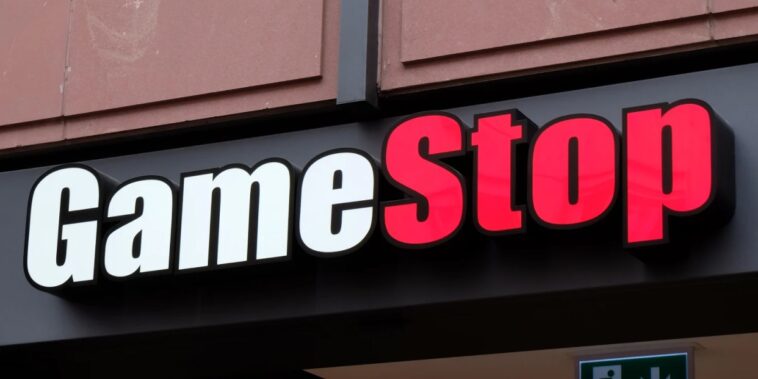 Fans of non-fungible tokens have a reason to celebrate: There’s another NFT marketplace available to buy and sell digital goods. The GameStop NFT market has officially launched, bringing different types of NFT artwork and, in the future, gaming NFTs. Here are all the details:

So far, the marketplace is available in public beta. Beta is a term that means the finished product has yet to be released and that the GameStop team continues to monitor the platform for bugs. Enthusiasts of gaming NFTs will likely be disappointed at their exclusion. Still, there is a dedicated preview section for those NFTs, including from Illuvium, Gods Unchained, and Guild of Guardians NFTs.

The marketplace is non-custodial, differentiating from some marketplaces like Atomic Hub, which employs a mix of custodial and non-custodial wallets. Under this framework, users are responsible for their wallets, assets, and private keys or seed phrases. This paradigm is very different from custodial marketplaces, where a centralized entity controls all that information.

The move comes as GameStop continues to lay off employees, with another round terminated in July after the company laid off more than 100 in May. There’s no word yet on whether the job cuts are a reaction to the resentment from customers about pursuing this NFT endeavor, a pursuit from several companies that gamers have opposed.

GameStop Has Been Busy in 2022

When GameStop announced it was planning to launch an NFT marketplace, it kicked off a 2022 full of news and surprises. Here are three examples of such news, starting with the surprise aforementioned announcement.

Six months ago, GameStop let the world know it was thinking of creating an NFT marketplace and not just any non-fungible token market — but one focused on gaming NFTs. The news came amid GameStop’s stock slump, which pumper and dumpers had buoyed to high heights in the Wall Street Bets movement.

Next, GameStop announced a partnership with Immutable X. The plan was simple: Give GameStop $100 million worth of Immutable X tokens to create a fund for creators of gaming NFTs. The contract stipulated that the $100 million could reach $150 if GameStop met specific performance provisions.

Then, finally, there was the GameStop wallet. Two months ago, GameStop released this non-custodial storage device, enticing Web3 denizens to use it for cryptocurrency and NFTs. Today, GameStop marketplace enthusiasts can use the wallet to access the company’s marketplace.

With its market launch, GameStop is nearly completely up and rolling in Web3. There’s no doubt about one thing as well: It continues to generate publicity.