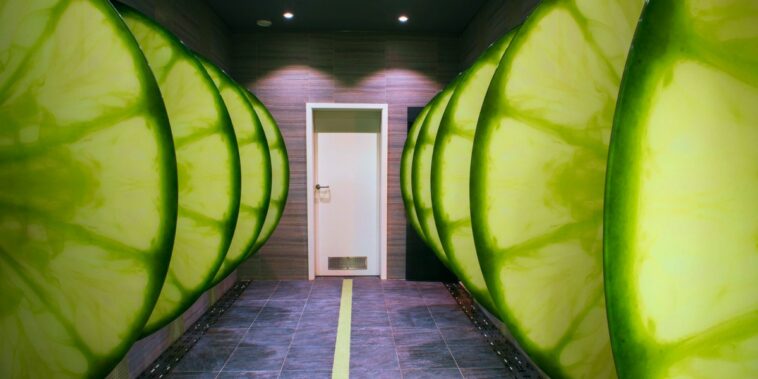 LimeWire, the former music file-sharing platform, has officially opened the waitlist for its NFT marketplace. The effort, which two serial entrepreneurs from Austria spearheaded, comes with several music partners, including Travis Barker, the drummer of Blink 182.

The NFT marketplace offers a variety of original music NFTs from artists like Barker, Nicky Jam, Brandy, A$AP TyY, and British rapper Aitch. It is not solely songs that LimeWire sells as NFTs but real-world items as well. For instance, fans of Barker can purchase a real-life drum set. Followers of Brandy can buy a flower bouquet complete with Spoken Word.

LimeWire has created a waitlist with at least 10,000 slots to kick off the marketplace’s opening. Signing up is easy and requires just entering an email address and passing an “I am not a robot” test. Those that sign up and compete in the invitation-style contest can receive one of 10,000 NFTs that are part of LimeWire’s initial NFT collection.

As part of the rebranding from a file-sharing platform to the NFT marketplace, LimeWire is launching its own token — $LMWR. The team will first offer the $LMWR token as part of a public sale (a technique often done to raise additional funds) and presumably will be available for public trading.

Julian and Paul Zehetmayr, the two Austrian entrepreneurs, said in a statement that the platform will help “artists of all sizes and genres” connect with their fans, acquire exposure in a unique way, and keep more of their earnings. All are sticking points for musicians under the current recording label system.

LimeWire Has Gained Traction in the Past Few Months

LimeWire made waves when it announced in March that it was returning as an NFT platform. The turn from an illegal file-sharing site to an NFT marketplace raised eyebrows and certainly brought it a great deal of publicity. Here is a brief timeline of its return, courtesy of Rarity Sniper stories.

First, Rarity Sniper reported four months that LimeWire had returned. At the time, the goal for the two Austrian entrepreneurs was to launch the NFT marketplace in May. The two remarked then that the focus would be on music NFTs rather than a sprawling general NFT site like OpenSea.

Second, LimeWire announced two months ago that it had reached a deal with Universal Music Group. According to the agreement, LimeWire would be able to contact UMG artists to sell NFTs through the platform. At the time, the company said the partnership showed the pace at which the music industry was embracing Web3.

Third and finally, LimeWire stated it would offer an initial 10,000 NFT set that would form the “backbone” of the company. Holders of LimeWire NFTs would be entitled to a host of benefits, including events, rare merchandise, and early access to future NFT drops.

Today’s news that LimeWire has opened its waitlist shows the company is pushing forward. The partnerships it has already made indicate that music fans may be in for a great experience.