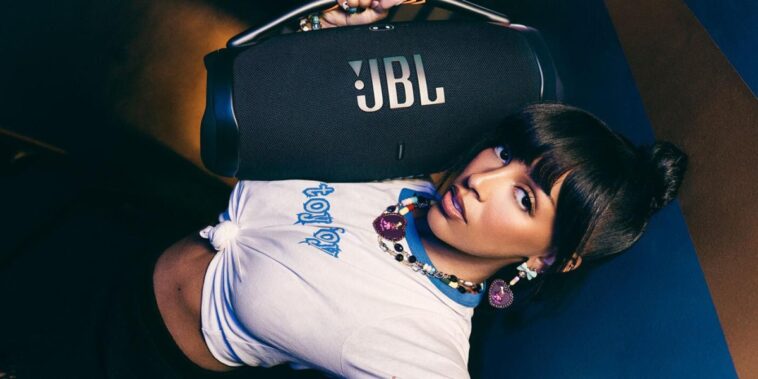 The collection was launched with the help of OneOf, a Web3 platform built on Tezos and Polygon known for partnering with athletes, celebrities, artists, and brands. This is Doja Cat’s second time releasing NFTs with the company.

The Fresh Fruit NFT collection was conceptualized by Doja Cat herself and is themed around her favorite fruits. It dropped between August 25th to September 1st, and NFT holders are granted access, perks, rewards, and a chance to see Doja headline at the upcoming JBL Fest 2022 in Las Vegas from September 27th to 29th.

The NFTs were divided into price tiers that ranged between $10 to $1,250. Some of the perks of owning the NFTs include:

A year ago, Doja Cat’s first 1:1 NFT “The Rise of Planet Doja” sold for $188,888 and broke OneOf’s record for most expensive NFT. The lineup for the upcoming JBL Fest 2022 also includes The Kid LAROI, DJ Tigerlily, Bebe Rexha, and Martin Garrix, and others.

Doja Cats’ partnership with JBL and OneOf for the Fresh Fruit NFT collection is a big move from the superstar singer. But she’s far from the only musician that’s enthusiastic about Web3 and NFT technology. Here are some other stories we’ve covered recently about musicians in Web3.

Rapper Ja Rule released an NFT collection titled “Black is Beautiful” this summer that sold out and raised $25,000 for five historical black colleges and universities. The collection consists of 10,000 unique NFTs from NYC artist Nick Davis, a popular artist who began creating after being diagnosed with epilepsy and losing the ability to work.

About a month ago, the British rock band Muse released its ninth studio album “Will of the People” as an NFT on the NFT marketplace Serenade. The album was priced at 20 British Pounds and included downloadable files and signed digital art. Holders had their names inscribed on a list of people who purchased the album.

Lastly, iconic hip-hop producer Timbaland dropped a music video in the metaverse featuring two Bored Ape NFTs. The video called “Congo Has a Meaning” shows animated renditions of two Bored Apes rapping in a metaverse version of NYC. And the video itself is an NFT that fans can purchase.

NFTs offer musicians the chance to connect directly with fans, and Doja Cat certainly has a lot of them. We’ll be checking in on JBL Fest 2022 later this month to see how the Fresh Fruit Doja Cat x JBL NFT access pass events go.