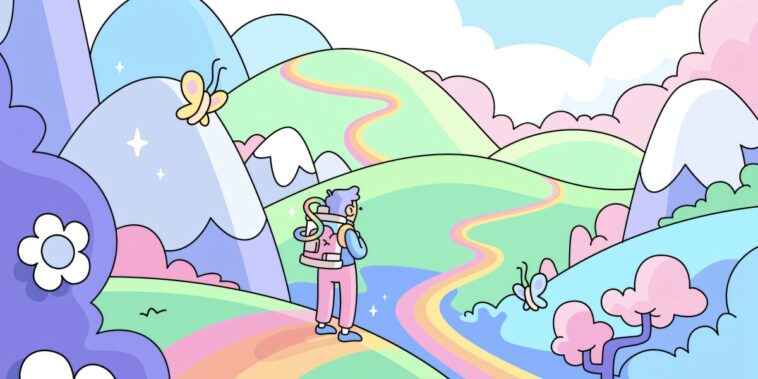 The popular NFT collection and Web3 company Doodles is set to acquire award-winning animation studio Golden Wolf, according to a recent report by Deadline and Tweets by both companies.

Founded in 2013, Golden Wolf has partnered with Disney and worked on several animated sci-fi series, including the hit show ‘Rick & Morty.’ The acquisition will strengthen Doodle’s resources as it becomes a leading Web3 entertainment brand and seeks to create more original content.

The deal is expected to close in the next couple of weeks, and one of the first projects is a collaboration between Golden Wolf and Burnt Toast (founder of Doodles) to develop Doodles’ characters and stories.

When the acquisition finishes, Golden Wolf’s team will bring their expert animation, storytelling, and content creation to Doodles. And CEO and founder of the studio, Ingi Erlingsson, will become Doodle’s Chief Content Officer, while also continuing to manage Golden Wolf’s New York and London offices.

Erlingsson said the partnership will unlock “boundless potential” for both businesses as they reshape “entertainment through engaging storytelling and worlds.”

The acquisition will also lead to a project called Active Ingredient, which will leverage Golden Wolf’s partnership with Psyop creative studio and use AI and blockchain tech to create tools for brands, producers, and filmmakers.

Julian Holguin, the CEO of Doodles, said the investment helps advance its goal “of creating world class content.” He added that the Web3 company was in talks with traditional media companies, creatives, and producers “to make a show,” and that Doodles will soon be incubating new IP in partnerships with Hollywood creatives.

Doodles Has Made Big Moves in Web3

Doodles acquiring Golden Wolf is huge for fans and members of the Doodles community. But it’s not the only move the bluechip NFT collection and Web3 studio has made recently. At Rarity Sniper, we’ve covered several articles about Doodles building in the bear market. Here are the top stories.

First, in May 2022, Doodles hired Billboard’s former president Julian Holguin to serve as CEO of the company. Holguin brings with him an impressive background in media, having worked for companies like NBC Universal and Dick Clark Productions. Doodles said he would help bring the NFT studio into music, gaming, and entertainment.

Shortly after, Doodles announced at NFT.NYC that it had hired legendary producer and musician Pharrell Williams as its new Chief Brand Officer. Williams said that he aimed to “bring Doodles to new heights,” and that he was collobarating with Columbia records on a new album called “Doodles: Volume 1.”

Lastly, four months ago, Doodles announced it had raised $54 million with Reddit co-founder Alexis Ohanian’s Seven Seven Six ventures leading the way. The funding round placed Doodles at a valuation of $704 million. The team said it would use the money to expand further into music and entertainment.

Doodles has used its time wisely to prepare for a future where it sees itself as more than just an NFT project, but one of the world’s top entertainment companies. We’re excited to see what Doodles creates with the help of Golden Wolf studios in the months and years ahead. We’ll keep you updated.