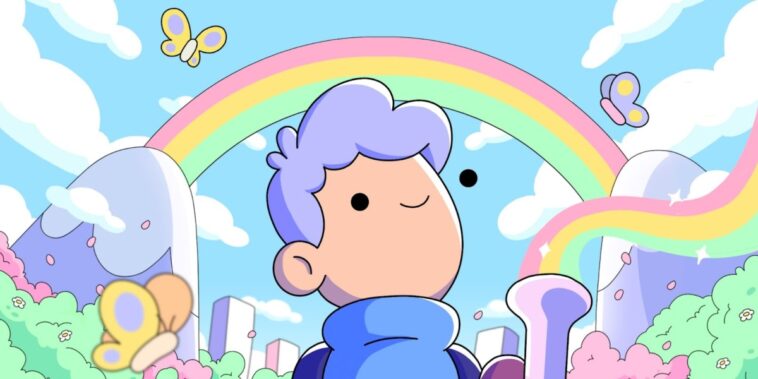 NFT company Doodles had been quiet of late, not issuing a public statement for over a month as the floor of the NFT collection fell. Now, it has broken its silence in a big way. The team announced this week that it has raised $54 million, with Reddit co-founder Alexis Ohanian’s company Seven Seven Six leading the way. Here are all the details.

Doodles has been busy in the cryptocurrency winter, even if it has built quietly. It tabbed legendary musician Pharrell Williams to be its Chief Brand Officer and poached Julian Holguin from Billboard to be its Chief Executive Officer. It also released Space Doodles, which turned the original 10,000 Doodles NFTs into animated shorts, and a lower entry price for consumers.

Of the fundraising round, Holguin said that Doodles will use the money to continue to create “engaging experiences and content” while using blockchain technology, including non-fungible tokens. He added that Doodles’ vision is to become the largest Web3 media company worldwide, “bridging consumer, culture, and entertainment.”

The Doodles NFT collection is known for its bright, ever-optimistic colors that celebrate joy. The founding team boasts three core members with experience in Web3: two from Dapper Labs and one (Burnt Toast) who is a renowned digital artist. Like most NFT collections during the cryptocurrency bear market, Doodles has fallen on hard times. Its floor price is 8.33 ETH, down significantly from its peak.

They say bear markets are for builders and that has rung true in Web3 during 2022. Although the cryptocurrency and NFT markets have struggled, that hasn’t stopped the VC money from pouring into the space. Here are three examples of that in stories Rarity Sniper has covered this year.

Two weeks ago, the Proof Collective announced that it had raised $50 million at an undisclosed valuation. The money, like with Doodles, came from Seven Seven Six and various other firms. The Proof Collective also teased a future companion collection to its popular NFT Moonbirds set.

A month ago, news broke that Andreessen Horowitz’s VC fund a16z had contributed $50 million to Gary Vaynerchuk’s VeeFriends collection. Vaynerchuk plans to use the money to hire talent to oversee the VeeFriends project, as well as explore IP opportunities in physical and digital sectors.

The Doodles’ fundraising round is just the latest example of fundraising in the Web3 space and shows that the nascent NFT realm continues to evolve. It also indicates that even during bear markets, the builders continue to build.