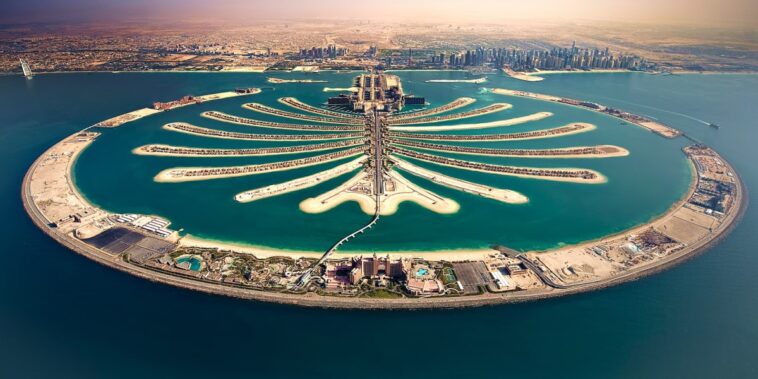 Dubai, a city that promotes the growth of Web3, has unveiled its metaverse strategy. Over the next five years, it plans to add 40,000 virtual jobs and $1 billion to the Dubai economy, according to the latest tweet from Dubai crown prince and chairman of the Dubai executive council Sheikh Hamdan bin Mohammed bin Rashid Al-Maktoum.

The strategy aims at promoting the growth of Web3 technologies in the economic sectors of tourism, retail, education, healthcare, remote work, and more. Web3 tech includes virtual and augmented reality, the blockchain, and cryptocurrencies. Dubai is already home to 1,000 blockchain companies, and the metaverse contributes $500 million to the city’s economy per the crown prince.

Hamdan bin Mohammed bin Rashid Al-Maktoum added that the goal is for Dubai to become a “top 10” city in the metaverse economy and a “global frontrunner in adopting digital solutions.” The strategy includes several pillars and, aside from the Web3 components, seeks to improve the human thinking process through real-time data, Internet of Things computing, and artificial intelligence simulations.

If Dubai follows through with its plan, it will become a competitor in the global race to adopt, regulate, and leverage Web3 technologies. Various cities, including Shanghai in China and the entire country of South Korea, have sought to become leaders in this industry, sensing a shift in the technological environment.

Metaverse real estate sales exceeded $500 million last year, and Bloomberg believes the metaverse market will be worth $400 billion by 2027, with the total value surpassing $1 trillion by 2030. Although the estimates may be premature for now, given the relative infancy of the needed technology, it shows some entities’ bullishness about virtual worlds and how they could transform our society.

If the phrase “Dubai and Web3” has crossed your news feed lately, it might not surprise you that the city (and the UAE entities) have been hard at work positioning themselves as the place-to-go for Web3 technologies. Here are three stories Rarity Sniper has covered about crypto, NFTs, and Web3 from the Middle Eastern haven.

Two months ago, Dubai’s Museum of the Future planned to launch an NFT collection. Part of the Museum’s goal was to act as a pioneer in the crypto-technology space. To do so, the Museum partnered with cryptocurrency giant Binance to deliver “The Most Beautiful NFTs in the Metaverse” to NFT collectors.

And then there is the United Arab Emirates, the country where Dubai is located in. Just 11 days ago, Rarity Sniper reported that the government plans to launch a metaverse hospital so patients can receive virtual care.

So, while Dubai’s metaverse strategy is undoubtedly interesting, it is also expected from a city that seems purposeful about its Web3 vision. Here at Rarity Sniper, we’ll keep our ears to the ground for more Web3 news from this city.