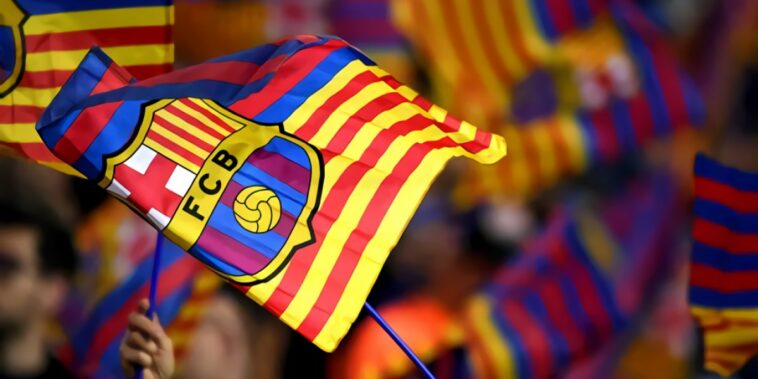 FC Barcelona, one of the most popular sports teams in the world, is looking to engage with fans in the metaverse and launch a non-fungible token (NFT) collection. Club president Joan Laporta revealed the plans while speaking to the Mobile World Congress 2022.

Aside from the possibly lucrative income streams such innovations would generate, Laporta said that a goal is to increase fan engagement and create an “interesting emotional experience.” While Laporta was vague on NFT collection specifics, the FC Barcelona part of the metaverse may be called the “Barca Metaverse.”

In addition to providing fans an experience in the metaverse and releasing an NFT collection, FC Barcelona is thinking about releasing its own cryptocurrency. Laporta gave no timetable when the Web 3.0 adoptions such as the NFT collection would be rolled out.

The use of new technologies is not new to FC Barcelona. The club already employs some Web 3.0 enhancements such as augmented reality at its stadium and was one of the first soccer clubs to launch a fan token through the social token platform Chiliz.

But those adoptions would be small compared to an FC Barcelona part of the metaverse or even a large-scale Barcelona NFT collection. They might run into regulatory trouble as well. However, Laporta mentioned that the language in the players’ contracts as provisions for Web 3.0 technologies and that the club’s members, which own the club, are on board.

Sports Leagues and Clubs Bullish on Web 3.0 & the Metaverse

FC Barcelona’s publicized interest in Web 3.0 technologies, including the metaverse, is not the first news to come out of Europe’s top clubs in the past couple of weeks. Recently, Manchester City revealed its plans to build an entirely virtual stadium where viewers could watch a hyperrealistic match from the comfort of their own homes.

The metaverse is tantalizing for big-name clubs because it offers the opportunity to break down geographical boundaries. No matter where they are located in the world, fans could conceivably put on some VR goggles and experience a match as if they were at the stadium itself.

Aside from individual clubs, sports leagues, in general, have been looking to capitalize on Web 3.0 technologies. Dapper Labs, a Vancouver-based company, has partnered with a host of North American sports leagues, including the National Basketball Association, to create digital “moments” for collectors to purchase on proprietary marketplaces. The company was worth $7.6 billion after a funding round in September of 2021.

Because Laporta of FC Barcelona wasn’t forthcoming about details for the NFT collection, Barca Metaverse, or Barcelona crypto, it is uncertain what these products will look like in final form. But it will be interesting to watch one of soccer’s storied franchises adapt to the technological currents of today’s society.