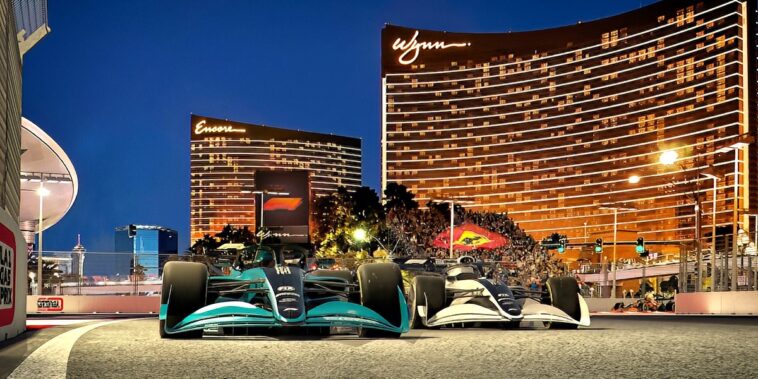 In March, Formula One announced that it would be hosting the Las Vegas Grand Prix night race that will take place in November of next year. Now the most-watched racing sport in the world appears to be preparing for a Web3-heavy race next fall.

The trademarks cover an extensive list of real-life and virtual items, including plans for virtual and digital wearables for the metaverse and non-fungible tokens (NFTs). There also appears to be plans for virtual currency trading and cryptocurrency.

Here are some more details about what the trademarks will cover:

Although it isn’t confirmed, Formula One may also have plans to offer fans cryptocurrency and crypto wallets, currency exchange services, and a digital currency or token. Lastly, Formula One will utilize the blockchain for data storage and data authentication.

Despite the new Web3 trademark, this isn’t Formula One’s first foray into NFTs and the metaverse. In May, the company partnered with Crypto.com to mint NFTs that were generated by the sound, speed, and data of the Miami Grand Prix. Crypto.com and Formula One have a nine-year partnership agreement for the iconic race.

Web3 Trademark Applications Are Rolling In

American pop star Miley Cyrus filed two Web3 trademark applications last week, covering a variety of Web3 products and services geared towards NFTs and the metaverse. The patents will cover digital goods such as jewelry, clothing, and bags, as well as entertainment services and musical performances in the metaverse.

Next, the city of Beverly Hills, California, filed seven trademark applications related to NFTs and digital collectibles. The trademarks were filed for NFTs and NFT-authenticated media, virtual clothing and accessories, and for providing metaverse experiences like virtual concerts and events.

Lastly, legendary rapper and Web3 enthusiast Snoop Dogg filed Web trademark applications in June for the words “Uncle Snoop’s” and “Uncle Snoop.” The trademarks are for virtual cannabis and smoking goods, as well as virtual clothing, footwear, and headwear.

Some people say bear markets are for building, and that appears to be the case for many Web3 enthusiasts and companies. We’ll have to wait until November to see how Formula One implements Web3 technology into its race in Las Vegas. But considering the long tradition of Formula One and the popularity of the race, we think there’s a good chance that whatever they do, it will be successful.