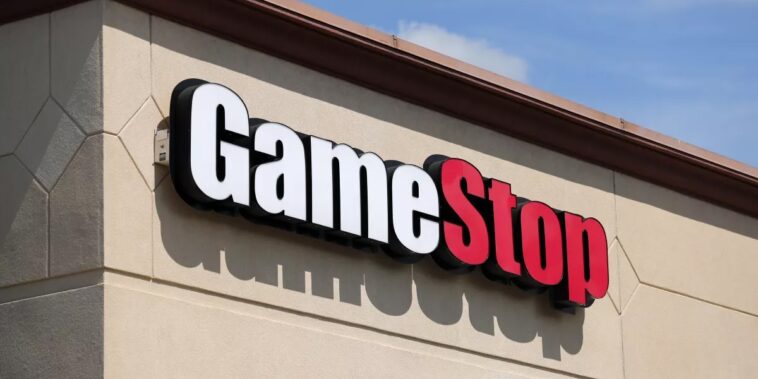 GameStop’s non-fungible token (NFT) marketplace has emerged from its beta testing mode. Now the NFT marketplace will support NFTs minted via the Ethereum Layer-2 scaling network Immutable X, which means Web3 gaming assets can be traded on the platform.

Some of the Immutable X-based games that are currently available through the GameStop marketplace include Illuvium, Gods Unchained, and Guild of Guardians, among others. Tokenized, tradeable items like digital trading cards and customizable land plots can also be traded on the marketplace.

To incentivize users, GameStop said that it’s rewarding traders with 1% of their daily trade volume back in Immutable’s IMX token, as well as staking rewards. Furthermore, its marketplace fee has been set to just 0.2% for the the time being.

GameStop announced its partnership with Immutable X in February of this year, along with a $100 million incentive fund for Web3 game developers.

Immutable X is a blockckchain built on top of the Ethereum network. It allows for faster and cheaper game, app, and NFT interactions. Last year, Immutable (the firm behind Immutable X) reached unicorn status by attracting investors like Animoca Brands and Tencent. The startup achieved a $2.5 billion valuation in March via a $200 million total Series C funding round.

Despite its innovations in Web3, GameStop is still far behind leading NFT marketplace OpenSea in total trading volume. According to DappRadar, GameStop saw about $29 million in total volume from 24,000 traders before the launch of Immutable X. OpenSea, on the other hand, generated $309 million in trading volume in October alone.

GameStop Is Having a Big Year in Web3

The decision from GameStop to support Immutable X and gaming assets on its marketplace is big news for gamers and fans of GameStop. But it’s far from the only move GameStop has made in Web3 this year. At Rarity Sniper, we’ve covered several stories about the games distributor making its comeback in Web3. Here are some of our top stories.

First, about five months ago, GameStop launched its Web3 Ethereum wallet, allowing users to store, send, and receive crypto and NFTs through the wallet. The wallet is compatible with GameStop’s NFT marketplace and non-custodial, which mean users have control over their private keys.

Next, about four months ago, GameStop opened officially launched its GameStop NFT market on Ethereum and Loopring. The marketplace, like its wallet, is non-custodial as well. The public beta version of the marketplace originally featured NFT artwork, but not gaming NFTs.

Lastly, GameStop partnered with Immutable Games Studio to bring NFT trading cards to its blockchain-based game “Gods Unchained.” The NFT cards were rolled out as an exclusive perk for GameStop’s loyalty program members.

There’s no doubt that GameStop is re-branding itself as a Web3 gaming platform and NFT marketplace. Though the move to launch Immutable X gaming NFTs on its marketplace was expected, the news shows that the company can deliver on its promises. We’ll keep our ears to the ground for any more Web3 news from GameStop.